How social media has altered our lives thus far as seen by The Social Dilemma, a new docudrama released by Netflix, and what we can do about it. 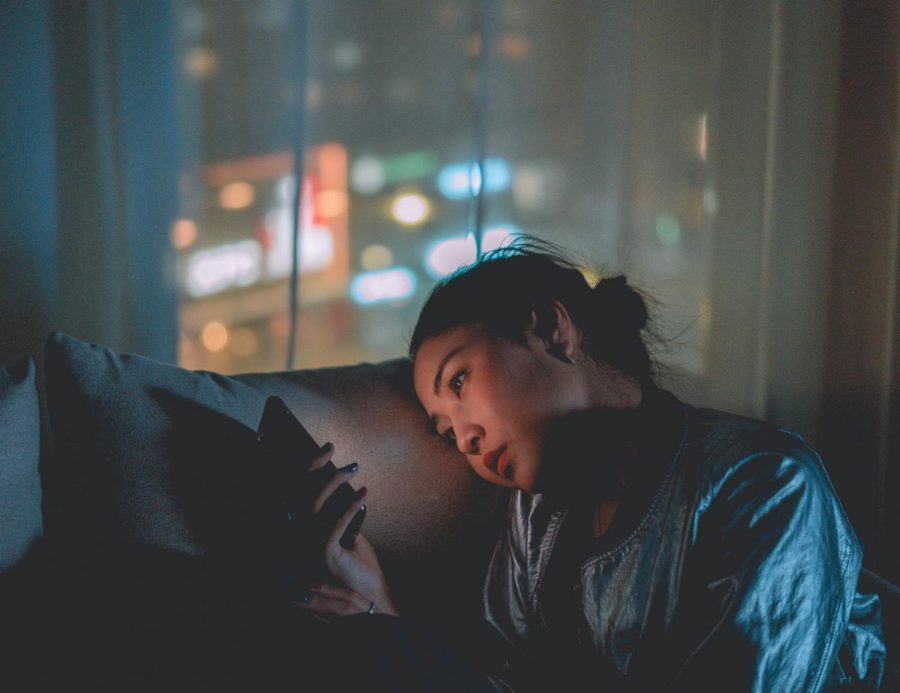 If you’ve ever wondered how powerful social media companies are, consider that Facebook’s 2.8 billion active monthly users represent almost 50% of the world’s population over the age of 13—the minimum age requirement for having an account. Facebook is currently the fifth-largest company measured by market capitalization in the United States; they generate upwards of $70 billion in revenue a year. When you were signing up for free, did you ever stop to think about how they make all that money?

98% of Facebook’s revenue comes from advertising. And they can only sell that advertising if they keep you coming back for more.

In our transient world, technology is redefining our human experience. Apps that are connecting friends over thousands of miles are simultaneously bringing nations to the brink of war.

The release of the television show, “Black Mirror,” in 2014, showcased the dark and twisted realities of our evolving technological world. Each unique episode shows how technology consumes our lives, and the consequences it could have further down the line. While the show depicted frightening scenarios, the cinematography seemed just too unrealistic to prompt action from viewers. The issue was clear, but the facts were missing.

That all changed on September 9th, when Netflix released “The Social Dilemma,” a docudrama directed by Emmy-Award-winner Jeff Orlowski, that provided, as Rotten Tomatoes put it, “a sobering analysis of our data-mined present.” The film sheds light on the serious impact that social media has on our society. Interviews with the tech world’s very own developers, alongside dramatized storytelling, work to raise awareness about—and at the same time apologize for—our impending doom.

The ability that social media has to hold our attention, alter our beliefs and cause massive polarization is unparalleled. These companies can target us personally and create bubbles that polarize our world. Depending on where you live in America, Google auto-fills different words after the phrase “climate change is…” with either “a hoax” or “real.” Social media companies also say they are just a platform and not responsible for content. In 2018, Facebook was used to incite genocide against the Rohingya people in Myanmar, causing 700,000 people to flee the country.

The movie left many stunned, terrified, and quite frankly, lost. Instagram accounts were immediately deleted (and later re-downloaded), trackers installed, notifications switched off, and the neighborhood moms were explosive with chatter on their morning walks.

So here I am, as an 18-year-old, living in the heart of Silicon Valley, staring at the rolling credits on the screen, my mouth a gaping hole, my fingernails gripping the roots of my scalp, my heart rate elevated beyond belief, and I exhale. I have to think that bigshots like Tim Kendall (former president of Pinterest and Director of Monetization at Facebook), Tristan Harris (founder of the Center for Humane Technology and former Googler) and Justin Rosenstein (co-inventor of the Facebook “Like” button) would never have appeared on the screen if there wasn’t a sliver of hope amidst all this chaos.

There have been important, positive, significant changes that happened because of these platforms. We need to find our own meaning of community, connection, and culture; one that isn’t poisoned with manipulation.

As Tristan Harris puts it in the documentary, “It’s not about the technology being the existential threat. It’s the technology’s ability to bring out the worst in society…and the worst in society being the existential threat.” The division we see in society is unprecedented. In a world that is only going to be driven more by technology, how do we find the truth? How do we create a shared reality with one another in order to fix these pressing issues? How do we find a balance between life on and offline?

Think of technology as tools. We used technology to learn, discover, empower and create. As the first “digital” generation to grow up with social media, Gen Z needs a space to disconnect. Experiencing such constant mental stimulation from such a young age has exposed our generation to far more than we ever should have to experience. We should be feeling the sun on our face, not the glow from the screen. Our truth and value should come from within ourselves and our lived experiences, not the temporary rush we receive in an empty digital void.

Susan Reynolds, the co-founder of LookUp.live, can feel change on the horizon, and she sees power in giving youth a voice. “Today’s high school students grew up with the exponential growth and use of social media, thus their ‘real’ lives are intricately connected to their ‘digital’ lives,” Reynolds writes. “The pain points, as well as the benefits, are unique to their generation, thus they are the ones who need to be asked for their solutions. The Netflix docudrama, “The Social Dilemma” sounds the alarm bells, and youth are primed to answer.”

We are seeing young people stand at the forefront of huge social movements. Our generation is constantly told that we will be the leaders of tomorrow, but at the rate we are going, I can’t confidently say I see tomorrow. What we do know is today.

To be the leaders of today, we need to Look Up.

So I urge you, join me and hundreds of other youth on October 24th, ready to lead the world into tomorrow, at the Youth 4 Youth Summit, powered by LookUp.live, in partnership with “The Social Dilemma.” The LookUp Youth 4 Youth Summit is an opportunity for youth to come together to create actions to shift the negative impact of technology on mental health, relationships and productivity as well as designs for ethical tech, positive use of social media, and their advocacy for regulation.

This isn’t checkmate (yet).

Join us for our first Youth 4 Youth Summit in partnership with @thesocialdilemma to #resettech. You don’t want to miss out on this amazing opportunity! Swipe for more information. Click the link in our bio to register for the event and sign up to be a panelist! #y4ysummit2020