An Artist At Play

Artist Nina Katchadourian redefines the essence of art as she broaches creativity in everyday life. 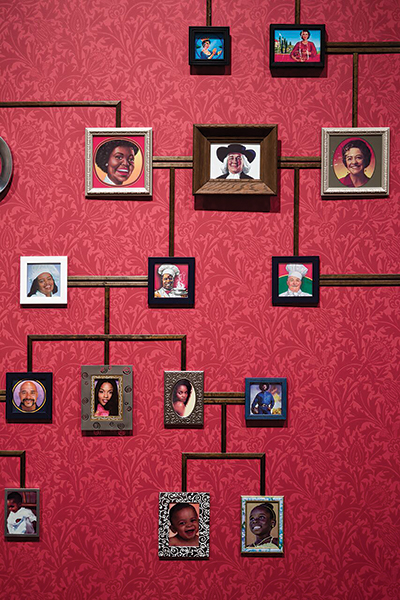 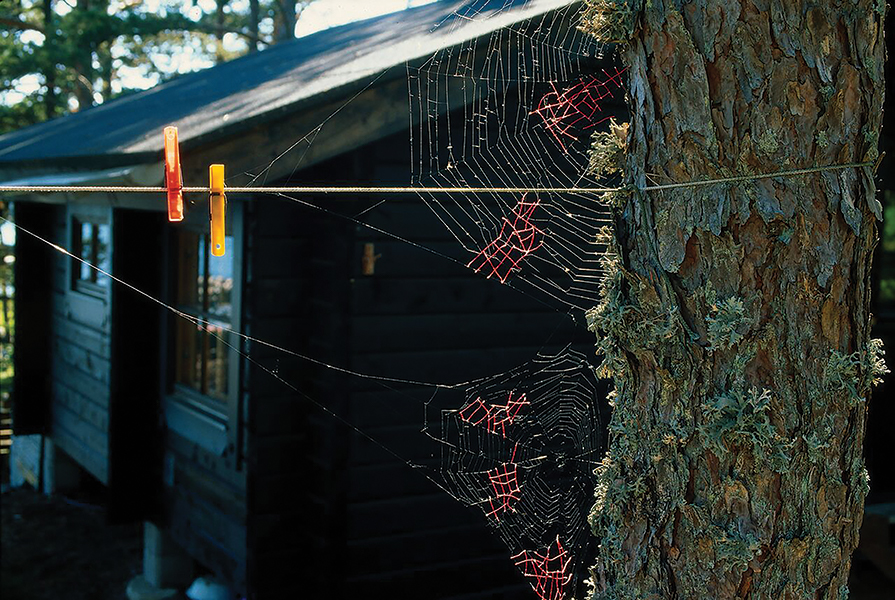 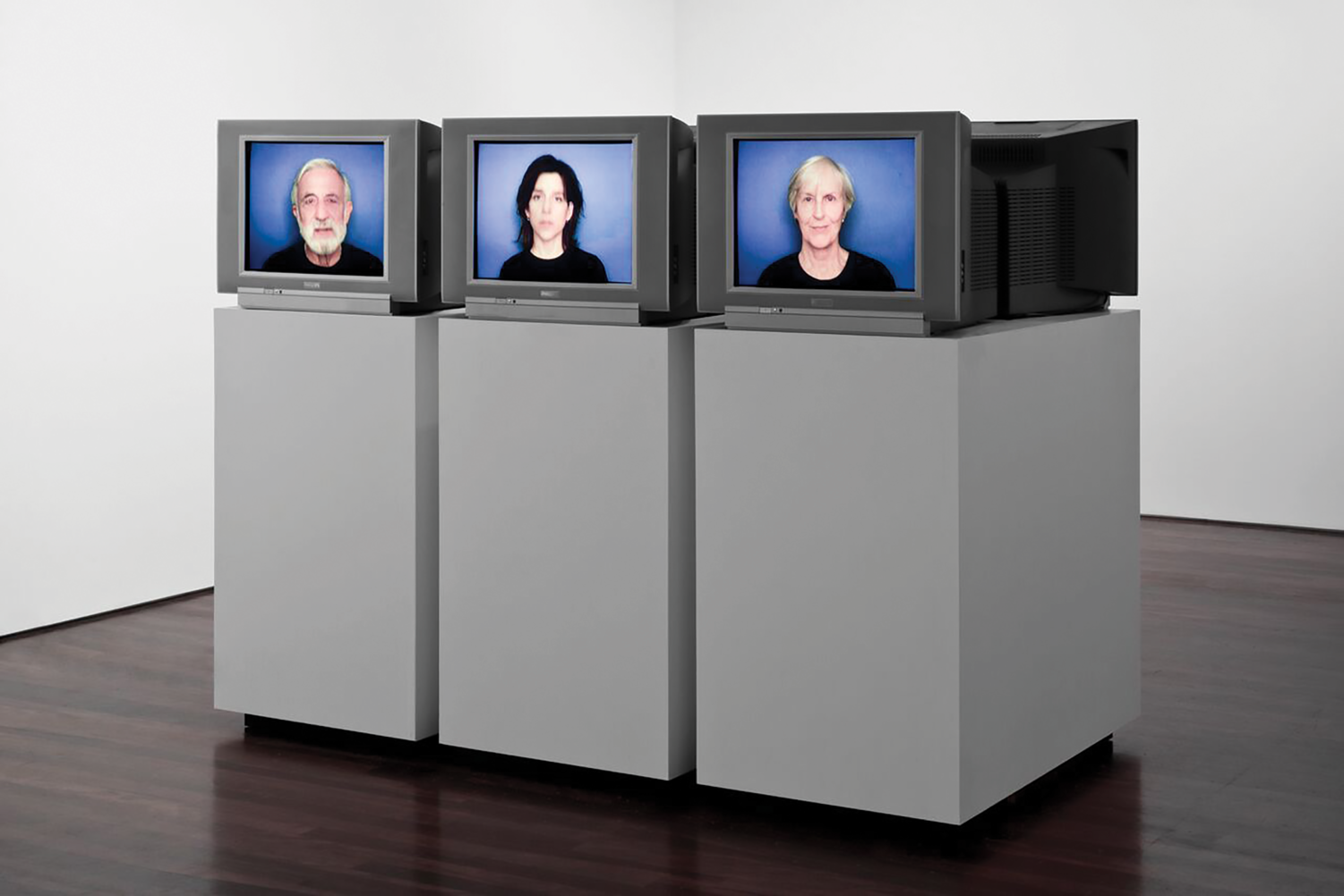 Photos courtesy of the artist, Catherine Clark Gallery and The Blanton Museum of Art

The power of art lies within its ability to communicate messages of importance in an aesthetic manner; however, oftentimes this message can become lost in translation. Most pieces that one encounters in a museum or gallery seem to rely on pre-existing knowledge of art history or religion, leaving the majority of viewers lost in the meaning of the work. It’s rare to encounter works as meaningful as they are comprehensible, yet Palo Alto native artist Nina Katchadourian has accomplished just that. Katchadourian’s work is a perfect balance between intellect and amusement, both of which she finds vital to the function of the artwork. “I despise the words ‘quirky’ and ‘whimsical,’ which I think deprive an artist of agency,” Katchadourian said. “I like the word ‘playful,’ and I also believe in the commitment to rigor alongside the commitment to play.”

From last September to December, Katchadourian’s multimedia artworks were put on display at the Iris & B. Gerald Cantor Center in an exhibit entitled “Curiouser.” Katchadourian’s artistic style can best be described as spontaneous, practical and relatable. Unlike the aloof wall pieces and sculptures that traditionally populate museum halls, Katchadourian’s exhibits demonstrate her creatively expressed admiration for common objects and symbols. The media she employs are varied and surprising, yet entirely intentional. “I often say that I ‘pick the right tool for the right job,’” Katchadourian said. “The idea guides the medium most appropriate for manifesting that idea.” Her work is nothing short of a tangible diary that narrates her creative outlook towards daily life. This versatile approach grants her the ability to create work that resonates with all kinds of viewers, no matter how artistically inclined.

Katchadourian’s art career began with immense academic success at Brown University, and she continued on to receive her master’s degree at the University of California, San Diego. Though she is a Palo Alto native and Gunn High School graduate, Katchadourian is currently based out of Brooklyn, New York. Some of her most notable pieces are inspired by her Brooklyn surroundings: streetside advertisements for accent elimination classes prompted a social commentary piece on immigrants’ efforts to assimilate into American culture.

Her pieces Mended Spiderwebs (1998) and Accent Elimination (2005) were both included in the “Curiouser” exhibit at the Cantor Center. In Mended Spiderwebs, she displays photographs of naturally occuring spiderwebs fitted with red thread, which serve to repair imperfections and missing gaps in the spiders silk. However, Katchadourian reveals that each corrective piece of thread was removed by the spider, who restored the web to its natural broken state. These rejected threads are framed next to their respective photographs. This piece is included in her set of works entitled Uninvited Collaborations with Nature, which follow the theme of human arrogance and its interaction with the natural realm. The piece Accent Elimination features six television screens playing repeated videos of Katchadourian and her family members imitating each other’s accents; her father, who is a Turkish-Born American, attempts to mimic an American accent while Katchadourian, who does not have a foreign accent, attempts to mimic her parents’ accents. The piece is accessible to many Americans today, and Katchadourian’s ability to convey cultural nuances arouses the viewer’s empathy for the complexity of ethnic identity.

Her artistic skill sparks a tone not only of social responsibility and intricacy, but also of humor and its relevance to daily life in modern society. One of her most popular pieces, The Genealogy of the Supermarket (2005), is a family tree comprised of well-known advertising characters used on food packages and other grocery store item labels. Little Debbie, the Quaker Oats Man, Chef Boyardee, Mr. Clean and the Green Giant are a few of the characters who are tied together as relatives into a single genealogy. The laughter that this piece inevitably elicits is indicative of the irony of assigning a fictional chef to a factory-produced pasta sauce, let alone an entire family tree. “Humor is a tactic for drawing people in and making them feel at home,” Katchadourian said. “Then, once you have someone’s attention, it’s possible to open up other conversations.”

According to this exhibition’s original curator, the Blanton Museum of Art, Katchadourian’s work is seldom created within a studio, but rather in the surrounding environment of her regular activities. Her ability to derive substance and delight from the mundane differentiates Katchadourian from other artists and inspires viewers to inspect their own day-to-day realities to see what insight they might discover. “How much of what exists around you are you really experiencing?” Katchadourian said. “Wake up! That’s what I need from art, and that’s what I hope to give people in my own way too.”