In an effort to generate profIts, corporate retail brands often approprIate culture and steal from artists without giving due credit or payment. 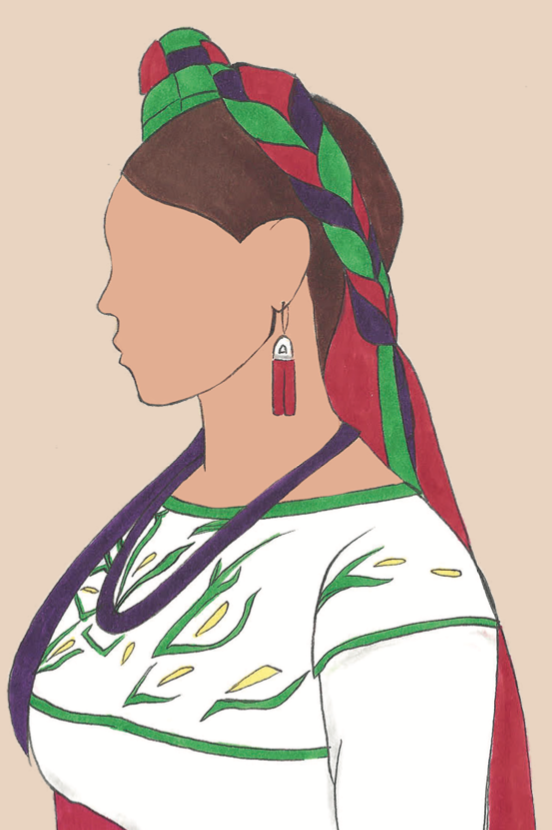 As the Twitter app opens, tweets flood the dashboard with angry messages directed towards Louis Vuitton and Raw Edges for claiming their chairs were of “tropical patterns” when they were a blatant appropriation of indigenous prints. At the top of the trending list, the hash-tags “cultural appropriation,” “colonialism,” “racism” and “theft” appear on every tweet. Continuing to scroll through the feed, it became apparent that the tropical prints belong to artists in Tenango de Doria, Mexico and not Louis Vuitton.

Culture appreciation entails an understanding and respect for the culture and its traditional items. Cultural ignorance and a drive to reap profits create an environment where cultural prints and artwork are not seen as pieces representing history and meaning, but in the means of selling more without the effort of creating original products. With traditional garments like the Chinese cheongsam being cut up and re-appropriated, corporations continuously steal many indigenous prints without giving credit where credit is due. Years of culture and history that culminate in a style of clothing or a pattern are stripped away, leaving items to be sold and worn by consumers who often do not have any sort of appreciation or understanding of the culture. While those of certain minority groups are often called derogatory names for wearing their cultural pieces, others outside of those minorities are praised and viewed as stylish.

Louis Vuitton’s website boasts a collection of chairs, printed with solid green, purple, yellow or black that lead into a colorful pattern that engulfs the back. On the surface, it seems that Louis Vuitton has simply created another luxury item: this time a chair priced at $18,000.

These prints, however, are culturally significant to artisans from indigenous communities in Tenango de Doria. The Otomi group populates one of these communities and have produced these intricate and vibrant embroidery textiles for hundreds of years, passing the tradition down from generation to generation. Each design is handcrafted by the Otomi women, and occasionally men, featuring many of the symbols and motifs that are popular in their culture.

When these Otomi artists discovered that their prints were being used without their previous knowledge or approval, they were frustrated. “They’re just copying our work. It’s not right,” an indigenous Mexican artist Glafira Candelaria said in an interview with TRTWorld. Many designers take work from indigenous tribes, playing it off to consumers by claiming that they are in contact or have a partnership with the artists without this actually being true.

The artists have had enough. On average, they spend anywhere from months to years designing and handcrafting a single item and it is frustrating when their hard work is copied by brands with no credit. Not only have artists spoken out after being notified that their life’s work is copied and mass-produced, but the Mexican government has also publicly called out Louis Vuitton for stealing and cultural ignorance.

Emboldened by status and reputation, Louis Vuitton replied to the accusations with a message stating that they were in a business relationship with the artists in Tenango de Doria as well as a brand called Raw Edges that produces a wide variety of home decor to design these chairs. However, in reality, the animated prints were stolen, and no payments or attributions were ever given to the artists.

“It’s not fair to the smaller artists who worked really hard on these designs to get their work stolen and not get any credit,” Paly junior Addie Glenwright said. “Brands and companies shouldn’t be taking work in the first place, but if it does happen, they need to put out an apology.” Even though a few brands have posted public apologies, many continue to steal, highlighting their drive for profit and the lack of sincerity in their apologies.

Instances like this are not uncommon, and they are measly examples amidst a common trend of ignorance among corporate brands. Victoria’s Secret is among those criticized for cultural appropriation; during their 2012 annual fashion show, a model was sent down the runway donning a feathered headdress and leopard print. While this look was meant to symbolize Thanksgiving, many felt it ignored the detriments that indigenous people suffered through at the hands of European settlers. Although Victoria’s Secret was called out for this, the brand ultimately repeated this act of appropriation again in 2016. Taking traditional Chinese prints and turning them into undergarments, Victoria’s Secret had a model walk the runway with an image of a dragon winding across her back. In 2017, Victoria Secret included the section “Nomadic Adventures” in their show, which featured ‘tribal’ inspired garments. The models, none of which had Native American descent, were dressed from head to toe in cultural items that included feathered headdresses and suede fringe.

The fine line between appropriation and appreciation is often crossed when culture is stolen, stripped of its historical and cultural significance and manipulated for profit. The influential corporate brands are blatantly stealing artwork because of the money and power at their disposal, and artists are still not given any credit or compensation. When consumers unwittingly pick up a product because it appears stylish or trendy, there can be generations of hidden history behind it. When consumers and companies understand the culture behind pieces, appropriation may be replaced by appreciation.