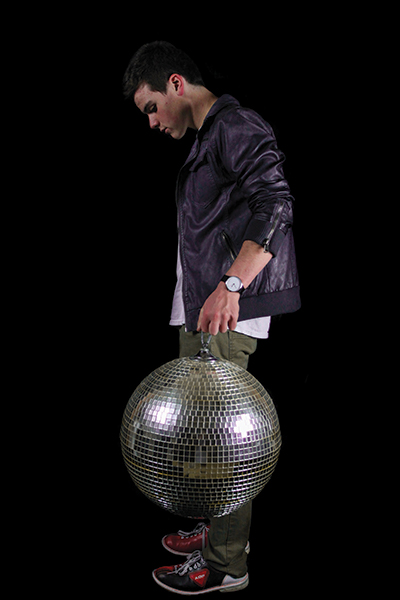 Bright lights paint the crowd creating an ocean of color. The pulsating thump of the bass drum causes your chest to viscerally pound to the beat. Sweat drenches every part of your body. All thoughts void your mind as you give in to the groove and dance harder than you’ve ever danced before.

No, you’re not at SnowGlobe, or any rave for that matter. In fact, this party took place 40 years ago at Studio 54 in New York City. Studio 54 was one of the city’s many infamous disco clubs that held ragers every weekend for New York citizens as well as a plethora of A-list celebrities who attended the club’s parties. The club was  the flagship disco nightclub, setting the trends of disco music throughout the late ‘70s.

If you’re like most people, you are probably thinking something along the lines of “But wait! Disco music sucks! Stop talking about it!” Yes, disco music is inarguably one of the most hated genres of music to have ever hit the mainstream. Even the music business itself seems to view it in a negative light. Google “disco sucks” to truly understand the ubiquity of disco hate on the Internet.

But here’s the thing about disco music: It doesn’t suck at all. In fact, if disco never existed, contemporary music as we know it would likely be drastically different. If you bear with me through this piece, I can show you how direct the link is between an act like the Bee Gees and an act like The Chainsmokers. Are you ready? Here we go.

We’ll begin in the late ‘60s to early ‘70s, right before disco hit the mainstream. The aesthetic of popular music laid within the politically charged anthems of the golden age of protest music and jam bands. Calamities such as the Vietnam War and its subsequent draft and Richard Nixon’s scandal spurred passionate anger in the youth of the late ‘60s, resulting in their dogmatic adherence to music that stood against authority, or in their words “The Man.” From the extended grooves of The Grateful Dead, to the sparse and articulate folk of Bob Dylan, their music, reflecting the psychedelic drugs its fans were experimenting with, was an experience of dissociating with yourself and widening your perspective on the universe. However, much like the effects of continued LSD use, protest music left many people sitting on grass fields in California with no direction in mind. Protest music was dying, and it was time for a new king to take the throne.

Disco music began as a sub-genre of motown, emulating the soul and funk music of the ‘50s with a strong focus on production. As the popularity of protest folk dwindled, motown gained traction and swiftly adapted to fill the empty space that protest music could not fill. “But what was missing?” you may ask. Well, if you haven’t guessed by now, I’ll tell you what that missing piece is.

It’s dancing. Dancing is what was missing from the outspoken folk tracks that dominated the airwaves, and dancing is what the motown producers of the ‘70s decided to focus on. It makes complete sense­ — in addition to being an activity that anybody could participate in, dancing is undeniably fun. Disco producers knew this and worked as hard as they could on songs that would get people moving. Unsurprisingly, disco music blew up. The youth of the late ‘70s were sick and tired of sitting around complaining about the world — they wanted to have fun. Nightclubs became immensely popular amongst youth, which had not been the case prior to disco’s inception. From 1976 to 1979, disco stood alone as the behemoth of popular music. But then, as quickly as it had formed, the genre completely imploded within itself. Praise for disco music turned silent, and an unyielding hate for disco arose from the general public to an ear-splitting volume.

The purpose of this article is to discredit the continued animosity toward disco music. With that in mind, disco’s original critics had some fair points. By the time the “Disco Sucks” movement rose to prominence, the formula of a disco song had been washed, rinsed and repeated countless times over. The demise of disco was not unexpected; a natural decline in popularity is imminent for a genre following the life cycle of popular music. It is not even uncommon for pop music to eventually receive backlash (Look up “Nu-Metal.”) The staggering amount of hate that disco still receives today, however, is rendered completely baseless when disco’s influence is considered on a broader scale.

The introductory comparison of vibes in a disco club versus the vibes of the SnowGlobe music festival had more significance than just   an introductory joke. The fact of the matter is electronic dance music (or EDM) is a direct descendent of disco. The EDM explosion of 2006 that brought the genre to the forefront of pop music began with the resurgence of ‘90s house music, or in other words, Daft Punk. That name might bring 2013’s song of the summer “Get Lucky” to your mind, but forget about that song for just a second. Seven years before Pharrell took the mic and belted out 2013s most essential jam, Daft Punk was hailed as the crowned kings of the “French House” movement. House music is synonymous with rave music, taking hard hitting grooves and looping them to entrancing lengths with the sole purpose of making people dance. Sound like anything familiar? House music was built from the exact same template as disco music, the only difference being the programmed drums that could keep people dancing for infinite amounts of time which did not exist within the age of disco. Beginning with their 2006 Coachella appearance, Daft Punk took their trance beats on the road and changed the world with the “Alive 2006-2007” tour, which is now looked back on as the first example of a modern EDM show. This tour marked the first usage of a giant LED screen for visuals in a concert, which today, is completely standard for DJs and electronic music acts alike. The tour inspired millions of young fans to create their own dance tracks. One example of a kid such as these is Skrillex, who is quoted as saying he would not have started making music if it weren’t for his experience at an “Alive” show. With the fuse lit, EDM took off and began to evolve on its own.

There. The connection has been made. I know it took a while to make, so I thank you for going with the flow on this one. To summarize the chain of events, the dance-focused ethos of disco was replicated by the “French House” movement of the 1990s, which in turn inspired modern day EDM producers and artists to embrace the groove themselves. If you seek proof of the disco to EDM timeline, I made a playlist that flows through the years and follows disco’s evolution to your favorite songs today.