East in the West

East Asian pop culture has been integrated into the Western world, influencing the Lo-fi music genre and its design.

Warm and muted tones fill the background of a Lo-fi music video. An animated character sits squarely in the center of the scenery as the gentle trum of a melody permeates the air. The unique characteristics found in east asian culture can now be found around the world, and throughout American commercial fashion and contemporary art. Additionally, modernizing cultures have allowed for east asian pop culture to become popularized in western society through music and animated shows. The cultural integration between eastern and western cultures, has led to the rise of animated shows and mellow jazz hop beats.

Lo-fi, the shortened name for “low fidelity”, is known for its distinct association with east asian visual aesthetics like Japanese animations, known as anime. This genre of music is produced with a quality that is lower than songs generally heard on the radio, displaying imperfections, resembling that of a vinyl record. Generally, Lo-fi is associated with its attempts to apply the aesthetics found in anime to their respective music videos on popular streaming platforms like YouTube. Visual representations of Lo-fi music most often include repetitive loops of scenes from popular anime shows. The nostalgic, serene ambience is further demonstrated with screenshots of scenes from anime. 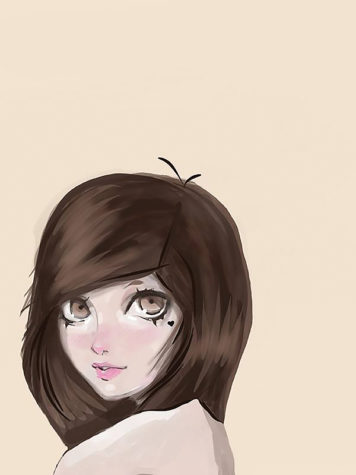 Lo-fi music has been popularized by many individuals, including Japanese hip-hop artist Nujabes. The Lo-fi movement was launched when the anime show “Samurai Champloo” was released, featuring Nujabes’ music. It encouraged the blending of Japanese animation and Lo-fi songs. By mixing both eastern and western hip hop elements into his tracks, Nujabes popularized Lo-fi, a sub genre of music that promotes this fusion of cultures. Many iconic animes, including “Samurai Champloo” and “Cowboy Bebop”, are followed by a diverse global audience and praised for their graphics. They include cinematic themes that are prevalent in mainstream films, and are accompanied by a powerful and fitting soundtrack. This relationship has inspired artists to borrow Japanese pop culture and is now being avidly listened to and applied in western entertainment. Such influence can be seen in the vastly popular cartoon series, “Avatar: The Last Airbender”, in which east asian mythology, Taoism and Buddhism are drawn upon.

Although Lo-fi music has begun to flourish, the genre can be seen as an inauthentic way of creating music, given that its roots rely heavily on published beats and graphics. A popular pianist and digital musician, “In Love With a Ghost”, describes the Lo-fi genre as one that borrows heavily by sampling or using animated clips from outside sources.

In Love With a Ghost says,“It doesn’t help me connect with someone knowing that the base of this art is coming from another independent perspective. On the other hand, some very creative people manage to take that inspiration and make it something totally new.”

Some artists draw from the music and imagery of others, but instead of simply copying it, they utilize some aspects entirely forming their original style.
Regardless of the heavy use of other works, many are appreciative of how Lo-fi artists create their music and the aura they build within the genre. Kudasai, another Lo-fi artist, also draws inspiration from both Japanese melodies and anime to create his music.

Kudasai says, “Art from everywhere can be very beautiful but nothing can [perfectly] recreate the pure aesthetic that can be found in Asian [Japanese] art.”

Utilizing his interest in animation, Kudasai creates light and relaxed tunes with steady melodious beats that transport the listener into a state of tranquility and mindfulness.

This borrowing of graphics raises questions amongst the general public such as, is it acceptable to use these designs without any further knowledge of the culture?

As Japanese and Chinese culture is becoming increasingly prevalent in western art, society is presented with a debate centered around cultural appropriation versus appreciation. The usage of these aesthetics without proper education and appreciation of the culture runs the risk of appearing as disrespectful.
Many Palo Alto High School students, including senior Bridget Li, are avid listeners of the Lo-fi genre.

Li says, “In terms of cultural boundaries, as long as the channel has a true appreciation for east asian animation and extends this open-minded, culturally-literate sentiment to their everyday actions, [the anime clips are] acceptable.”
But the usage of animated backdrops does not deter students from enjoying this unique style of music. “I think the serenity of the animated clips channels 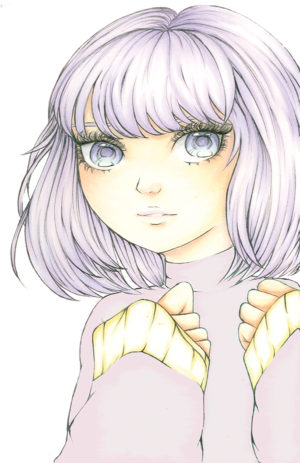 Nevertheless, Japanese anime along with the cultures and languages of various other countries have inspired countless artists, musicians and designers worldwide. This inspiration has taken off into unique and genuine forms of art that are influencing others. Despite the detrimental effects of cultural appropriation, east asian influences can also inspire cultural appreciation and the drive people to learn about others and how art and culture intertwine.

East asian stylistic aspects, especially from Japanese animation, have transformed music and contemporary digital art and have inspired artists to create new innovative styles. Thus, the fascination of this style has spurred the welcoming of foreign designs in western media and arts. As these different cultures continue to combine the sea of creative talents seems to be unending. It is clear that asian pop culture will advance and broaden the horizon for artistic possibilities worldwide, leading artists to appreciate and understand the influential culture. 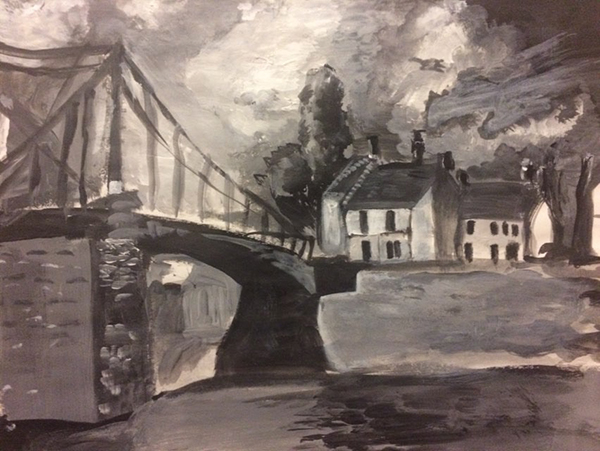