An Escape From Reality

The science fiction genre rapidly increases in popularity every year. With more and more franchises being put into that category, we wonder why these imaginative worlds have been attractive to audiences for years. 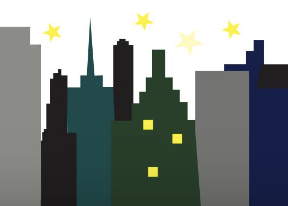 Science fiction has been a top-grossing genre in the entertainment and pop culture industries for years. When people think of science fiction, they most often picture “Star Wars” or aliens, but it is so much more than that. It draws people in through an element of fear and prays on the ‘what if’ factor. It shows both the positive and negative aspects of progression within a society and offers an alternate form of how our world could exist. Science fiction considers fundamental philosophical questions about the features of the mind and reality. It can also inspire people to question the unknown and seek progression through connecting scientific elements with fantasies and theories about the future or different societal circumstances.

Erin Angell, a Paly Escape Literature teacher, explains a basic definition of the overall genre of science fiction. “Essentially what makes science fiction and speculative fiction [is the exploration of] the theme of change and speculation,” Angell said. “[It’s] the ‘what if’ factor and an internally consistent and rational explanation for that.”

Some elements connect to a realistic society that the audience is familiar with, such as in the book “The Giver” by Lois Lowry. This utopian society was built to be perfect and has removed emotions like hunger, pain, hatred, fear, conflict and illness. In a world filled with uniformity, community members live with no memories of the past in order to keep them safe and prevent negative factors such as war and inequality. Taking away the freedom of choice ensures that the community will be safe and happy, free of the obstructive and detrimental elements of the world. However, the tranquility of this controlled society is far from permanent, and soon it is faced with corruption and is revealed as a dystopian society.

Sometimes in science fiction, there is a blurry line between familiar elements of a modern society and a corrupted dystopian society, lending a level of ambiguity that leaves the mind free to imagine. This freedom acts as one of the main points for science fiction’s popularity among contemporary audiences, it serves as a bridge between the familiar and the unexplored.

“It gives people the ability to disconnect without totally leaving the known,” Angell said. “In that way [science fiction] is exciting. It’s adventuresome, and [audiences are able] to imagine something that’s not what they experience on the daily.” By having elements connected to the real world, people are less apprehensive when approaching the realm of science fiction because they can find something familiar to hold on and relate with. “It explores the possible [by] using rationally internally consistent logic to explain the features of the universe,” Angell said.

While its contents may be puzzling and mystifying, science fiction gains the highest attention from audiences across the nation. Following a character through the hero’s journey filled with action and adventure helps contribute to the exciting storylines that tug at the audience’s interest. Not only do these stories and characters serve as an escape from reality, but they also stay tied to the concerns and matters that are relevant in the contemporary world. It dives into the possible outcomes of our worst fears, regarding issues like stratification, global warming and corruption. “I think why it’s [an] interesting genre is because as we look around and see in our environment and world, there are conflicts happening and we have worries and anxieties about that,” Angell said. To convert these topics into attention grabbing stories for an audience, factors such as extreme corruption and human limits are exaggerated, helping to fuel the idea for a dystopian society. “Dystopian societies can be speculative fiction, so very closely tied to the possible, the plausible and the probable,” Angell said. “Or, it could be classic sci-fi where there is [a] technology that is really testing the boundaries of the laws of physics.” Although there are times when it seems like science fiction is too ambiguous, there are small connections to our day to day reality that serves as a stepping stone between our known world and that of the unfamiliar.

The rise of science fiction’s popularity does not start with the 21st century, but traces back to the 1920s with authors like Aldous Huxley, George Orwell and Yevgeny Zamyatin. These writers found their inspiration from events such as the Russian Revolution and both World Wars. In contrast, the modern-day writer Suzanne Collins, author of “The Hunger Games” series, came across the idea for the post-apocalyptic survival competition while she was scrolling through channels. With stories covering the Iraq War and reality shows on TV, the idea of the fictional world of Panem started to form. Many other successful sci-fi novelists sought inspiration of stories read in school. Author of  “The Maze Runner,” James Dashner, found inspiration in books like “Lord of The Flies,” “Ender’s Game,” the television show “Lost” and the movie “The Shining.” The introduction of a dystopian society set in the future allows authors, and readers, to imagine the possibilities that the human race would experience in the years to come.

Aside from the entertaining and stimulating stories for personal reading, science fiction is studied in an academic setting for many students in order to find a sense of balance and understanding. “You don’t have to suspend your disbelief so significantly, and for a lot of people they want to be able to recognize something about the book they are reading,” Angell said. “They want a sort of recognition to extend their empathy to that, and imagine themselves there and even to understand it.” Books such as Lois Lowry’s “The Giver” and George Orwell’s “1984” are some of the science fiction books that are studied in school. In Angell’s Escape Literature class, they also analyze short stories and books that can be compared to the film version which allows the class to look at the differences between the two portrayals of the story.

With many science fiction books and films being set in the future, writers can freely explore the realm of the unknown and the prospective dangers that may one day appear. While there is no clear sight into what the coming years will provide, an individual’s creativity can shine and explore theories for the way societies are run. Commonly these invented civilizations are developed after an unusual world disaster that forced groups to come together in order to create a new, improved and seemingly perfect society. As seen in the popularized dystopian science fiction series, “Divergent,” the whole plot stems from the aftermath of a war that destroyed the world. A war that ruined the way society functioned and forced people to rebuild their lives from scratch. Yet, no matter how pronounced these futuristic worlds are, there is still an eerie characteristic to them. Whether it is a villain that the protagonist has to defeat or a stronger force that society faces, the plot uncovers an instilled threat in the potential future if the current world continues to function as it does. “[Dystopian societies are] like the canary in the mind,” Angell said. “It’s this advance warning of ‘if you do could happen’ so be careful.”

All in all, science fiction has paved a path for the imagination to roam and explore the possibilities the future may hold, as well as implement a caution for years to come. It investigates an alternative world that handles technology, society and the survival of humanity in a way that is different than our own. In the past, science fiction writers focused closely on the establishment of a dystopian world as a result of a revolution or significant warfare. However, recently writers are starting to draw inspiration from the rapid advancement of technologies, simulated life and artificial realities, in addition to gaining creativity from current events. The genre of science fiction is able to examine the abilities of mankind by representing the rebuilding of society after chaos strikes. Through the challenges and struggles of restoring and reconstructing life, the limits of human ability is tested.