Palo Alto offers one of the best public educations in the country, largely credited to the incredible teachers, who work tirelessly for their students, as well as the extensive budget of the district. The skyrocketing prices of Palo Alto homes push many teachers out of the area, who are then forced to lose hours from both their personal and professional lives to devote to their daily commute. 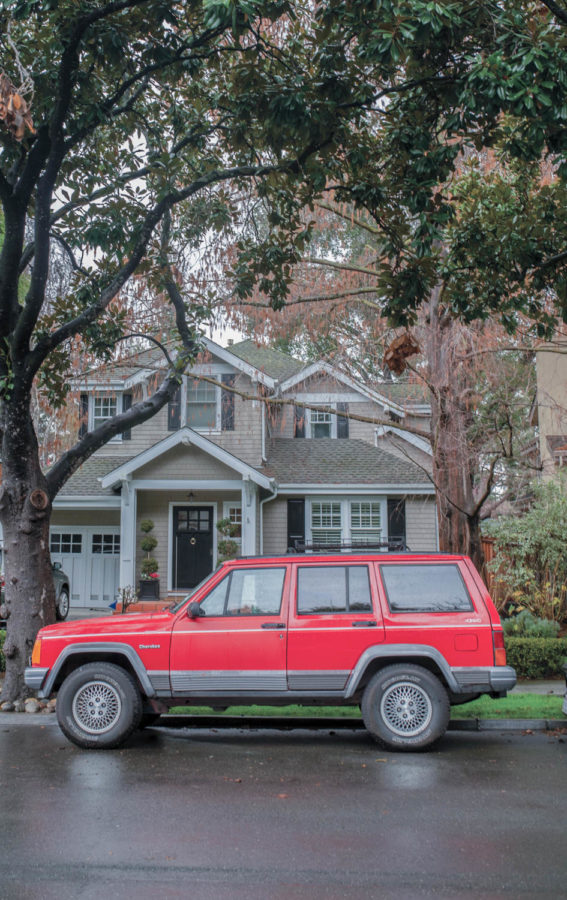 Between the year-round, near-perfect weather and overtaking tech industry, numerous citizens worldwide are migrating to what was once a charming, small town. Within the city of Palo Alto, almost all the housing infrastructure is occupied.With hardly any residents moving away and many flooding in, housing is in high demand and prices continue to rapidly increase.

Many homeowners who decide to move out of Palo Alto usually opt to keep and rent out their home, so they can continue to profit off of the booming market. Bay Area real estate agent Omar Kinaan explained that the general trend in terms of Palo Alto’s marketing structure remains the same. “The housing market in Palo Alto has been a seller’s market (low inventory combined with high buyer demand) for decades,” Kinaan said. “While prices are higher than ever before, the market dynamics have not changed.”

This spike in cost is due to the fact that there are simply not enough houses on the market in Palo Alto to meet ever-growing demand. In 2018, Kinaan sold only 343 single family homes, which is relatively low within the business of real estate. With these trends, realtors explain that teachers and other city employees are simply being priced out of living in Palo Alto.

“The average price per sq. ft. in Palo Alto is $1,806, which is higher than any other city in the Santa Clara and San Mateo Counties,” Kinaan said. This forces employees who work in the vicinity to relocate to places with more affordable housing prices.

The average salary of a Palo Alto Unified School District (PAUSD) teacher is between 80 and 120 thousand dollars. In many neighborhoods throughout the country, this salary is above average and could afford employees much larger homes. In Palo Alto, however, it’s not enough to rent an outdated, two bedroom house.

“How is it that with that income there isn’t housing stock?” Paly English teacher Kindel Launer said. “That’s ridiculous. There really is no reason why Paly teachers should not be able to afford to live in the community.”

Commutes not only take time out of teachers’ days and personal lives, but also force teachers to rush off of campus at the end of the day in order to beat rush hour traffic. This limited time hinders their ability to both connect with the community and their students on a more meaningful level.

Melissa Laptalo, an English and Public Speaking teacher at Paly, commutes from San Jose and spends around two hours in her car daily. She feels that this time could be better spent on more important and beneficial things. “There are like a million things I would love to do with that time, like spend more time with my family,” Laptalo said. “But even for work, I think I would be a better teacher if I lived closer because that’s two hours I can’t grade papers or plan.”

With teaching comes a lot of responsibilities and work put in outside of the classroom, like preparing lessons and grading assignments, which can be overwhelming at times. “It’s frustrating that I feel like I could be a better teacher, a better mom, a better everything if I had a little more time,” Laptalo said.

Before becoming a teacher at Paly, Laptalo taught in Hollister where she was very involved in the extracurriculars her students participated in. She was able to attend school dances, coach various teams and see students excel and relax outside of the classroom environment. However, during her time teaching at Paly, Laptalo has found it very difficult to participate in community activities and be accessible to students after school hours for one-on-one help. “Students invite me to activities a lot and I just say no because it’s incredibly hard to be here all day long, and to go to an evening activity means that I’m going to be gone from my home for over twelve hours, which is just a lot to do,” Laptalo said. “It all comes back to feeling like I’m not as influential of a teacher as I could be.”

Teachers who are able to live within Palo Alto have a much different experience. Eric Bloom, a teacher in the Social Justice Pathway at Paly, grew up in Palo Alto and currently resides in his childhood home. Through living in the area, he feels that he has been able to form a deeper connection to his students. “I think that the teachers being in the community makes it easier for them to participate in all kinds of things that go on at school,” Bloom said.

Both living in and being an educator in this community has given Bloom a drastically different perspective than teachers living outside of Palo Alto.

“It [living in Palo Alto] allows me to know kids a little bit better because I understand where they come from,” Bloom said. His ability to engage with his students both in and out of the classroom has not gone unnoticed and has deeply impacted his students.

“He came to a school board meeting I spoke at and teared up when I presented,” Grace Thayer, one of Bloom’s students, said. “He told me how proud he was and I’ve never really felt that supported by a teacher.”

While some teachers are willing to embark on their respective commutes and feel it is worth it, many have found it to be increasingly difficult to maintain such a lifestyle. This major issue has held the otherwise top-notch school district back from progressing further, but there are some measures currently being taken to combat this challenge.

The Cubberley Community Center, a former Palo Alto high school, is now a massive piece of unused property. It currently serves as a multipurpose space rented out by both PAUSD and the City of Palo Alto, which is used by various organizations.

Recently, a new board of students and faculty was formed to discuss what to do with the site in regards to a future projects. There have been discussions about turning the district-owned part of the center into a property dedicated to affordable teacher housing.

“The district owns a site that’s kind of adjacent to the Cubberly Center Project, which right now houses school buses and there was a proposition to use it for either 60 or 80 houses that would just be for PAUSD teachers,” Ben Gordon, a Paly student on the board of the Cubberley Project said. “I 1,000 percent think it would make a huge difference. I think it will create a much stronger bond between not only the teachers and students but also the community as a whole.”

Teachers have many thoughts regarding the potential upcoming project, most of them being positive. Most feel that affordable housing is especially important to those who feel alienated by the community.

In her Mountain View neighborhood, Launer lives amongst other teachers within the Mountain View School District. By living within the same community, she has noticed that her neighbors gain a deeper relationship amongst themselves.“It’s a way different community, we know each other’s kids, we see each other around the neighborhood, it just feels different, and I think that people in Palo Alto are missing that,” Launer said. “Often times when we live in the same neighborhood we develop more empathy for one another.”

Although seeing a student or parent outside of the classroom can feel uncomfortable, it is those moments that allow a teacher to connect their work to their everyday life. “Public school is really about the neighborhood, it’s really about a community,” Launer said. “If we never see each other outside of the classroom, not at the market, not getting coffee, not within our faith tradition communities, I think that does have an impact on the community. Without seeing city workers as humans, our community becomes more alienated and views the world through a one-sided lens.”

In today’s housing market, Palo Alto is one of the highest rated places to live, with an astounding atmosphere and community to raise kids in. Much of this is due to the phenomenal teachers within the city’s school district. While Palo Alto is located in the heart of the Silicon Valley and home to many tech leaders and corporations, the school district is a major part of what is driving newcomers to buy in Palo Alto rather than surrounding cities. Without its teachers, however, Palo Alto would not be the city that it is today, and there is no telling what might happen if its finest teachers must move their lives and careers elsewhere  due to their unbearable commutes.