C magazine reaches out to two alumni with unique senior trips and two current seniors planning to make the most of their last summer before going off to college. 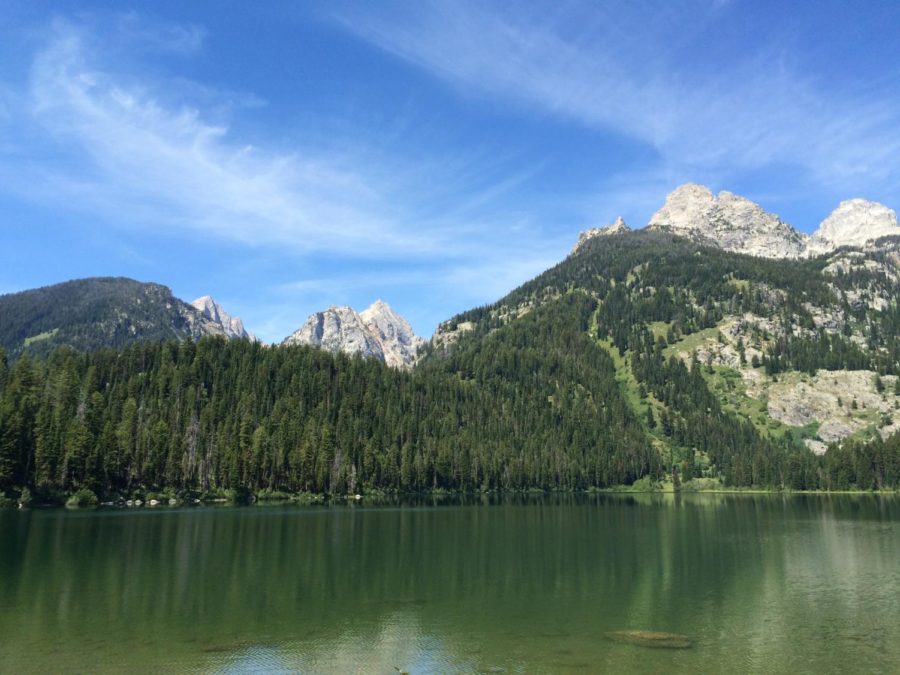 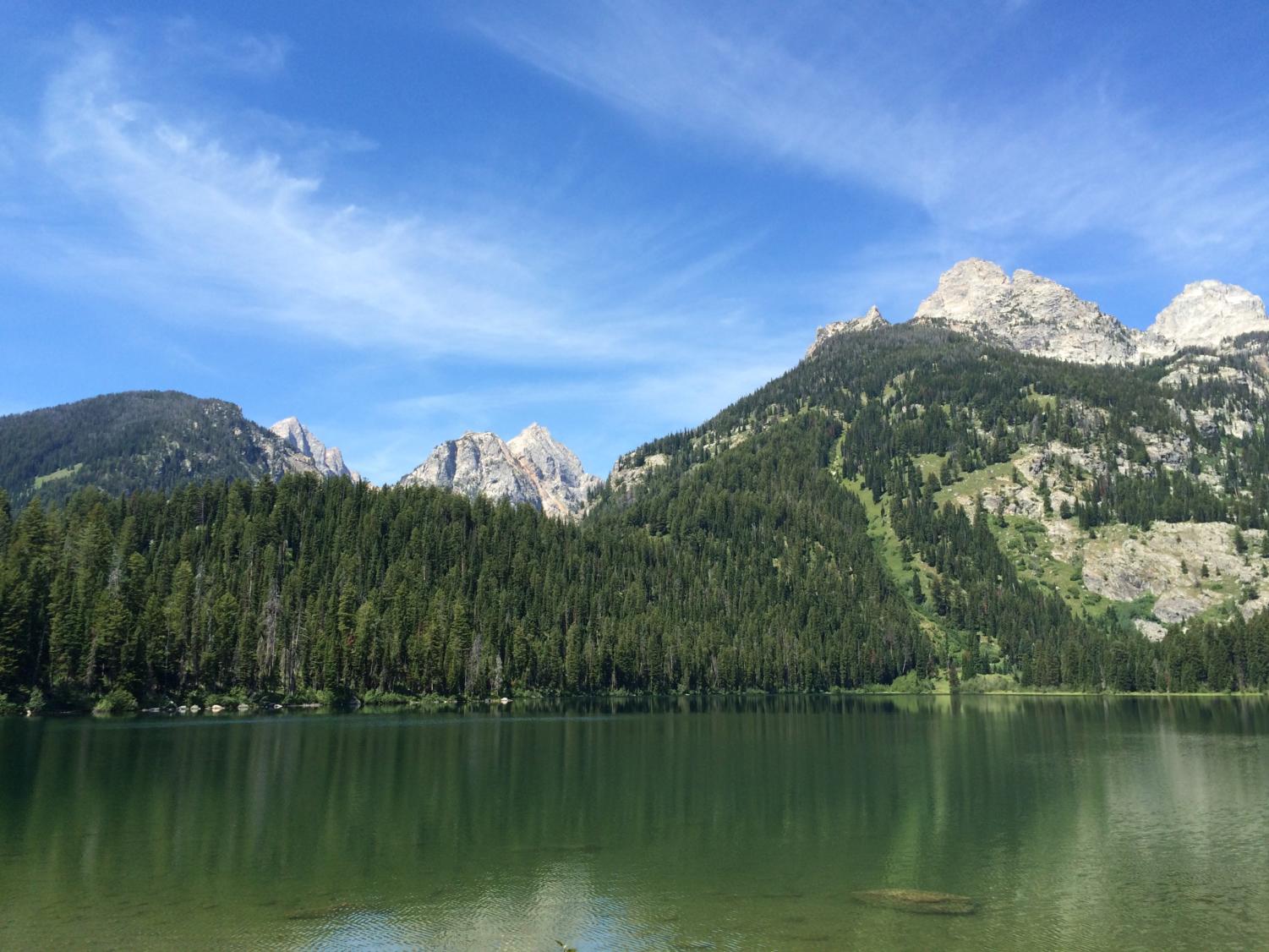 From June first to 23rd, Paly alumni Sam Guernsey (‘18) explored Europe with three of her closest friends. For many people, this sounds like a dream, but Guernsey found ways to make it a reality.

Guernsey believes that she was mainly able to make this trip a reality because her planning was extensive and she started very early on.. She and her friends began planning their seven-country  long adventure in the first semester of their senior year.

Guernsey and one of her friends began their journey through Europe with a ten-day trip to Italy with the Paly choir, then met two other friends in Portugal, and from there they all found their way through Spain, the Netherlands, Sweden, Denmark, and Hungary.

To Guernsey, the most memorable part of the trip was, “to be with some of my best friends for a month experiencing new cultures and meeting new people”. To last their budget through the entire trip Guernsey and her friends chose Airbnb’s and hostels over pricey hotels, and went grocery shopping every couple of nights so eating out all the time would not be a necessity. After all the work they put into planning, and the amazing experiences they had in the many countries, Guernsey can look back on her final hoorah of high school as a complete success. “We tried to make the best of every country we went to,” Guernsey says.

Unlike most tourists traveling through Europe, Abby Cummings, who is a senior at Paly, and a group of her friends plan on backpacking through Europe. Cummings, along with Anna Oft, Estelle Martin and Sabrina Martin, have already begun planning their senior trip for the summer of 2019 to ensure it runs smoothly.

While traveling through various countries such as Austria, Switzerland, Sweden, Germany, Spain, Italy and France, this group of friends has decided to center their travel around the wilderness rather than the destination and highly populated cities. “We haven’t talked that much about it, but our goal is to be in the wilderness rather than the cities, [as well as] more small towns and beaches” Cummings said.

After spending a lot of time saving up money, this friend group is counting down the days until they leave for their three-week journey.

Whenever possible, the group is planning to stay in youth hostels in the various countries to help them budget a low-cost trip. When hostels are unavailable, they will look for other cheap alternatives, such as small Airbnb’s, and they also plan on taking public transportation as the primary form of travel, in order to ensure that the trip remains budgeted. Ultimately, the group wants to spend most of their time exploring new cultures and the beautiful wilderness that exists in a place, so far from their home.

Though the technicalities still need to be worked out, the four girls, who have been friends for over 13 years, are excited to spend their last summer together before they all head off to college. “We’re really excited to adventure together with no concrete plans and see where our journey takes us,” Cummings said.

When people hear “senior trip”, exotic trips to Europe or Hawaii often come to mind. However, for Paly grad Alice Saparov (‘18), it meant a five-day road trip to Tahoe with ten of her closest friends.

In mid-January of their senior year, Saparov and her friends created a shared Google Doc full of ideas of where to stay, what to do and how to make it as much fun as possible. Saparov believes that one of the most important things in making a trip like this affordable is  communication between the people going and booking things in advance.

“Strong communication with my friends is probably one of the reasons this trip was able to happen. We made sure plans were able to work for everyone and tried to be flexible if there was a conflict.” Saparov said.

Saparov and her friends decided to split the cost of an Airbnb, food and gas, and given that ten people went on the trip, each individual’s cost was able to be lowered a great amount. While they spent most of their time enjoying the lake and the warm weather, Saparov and her friends also took time to hike, paddleboard and explore Tahoe city.

The week turned out to be extremely successful, and was a great way for the group of friends to bond one last time before they all went their separate ways. In addition to having a ton of fun, it was a valuable growth opportunity. “It was a big step in becoming independent and traveling alone, which made it even more memorable,” Saparov said.

Often when people think of road trips they think of endless hours in the car staring outside longing to leave the vehicle. Yes, road trips can be boring, but when you fill your Subaru with a bunch of friends, blast the aux and fill the car with snacks, this can quickly change.

Paly senior, John Tayeri, plans on using his car to take full advantage of the great outdoors that the Jackson Hole valley presents once he has graduated high school. The drive to Jackson is 15 hours which might seem intimidating, but when approached properly, it is an opportunity for 15 hours of fun with his closest friends.

“Although the drive up is long, we will have just graduated high school, Tayeri said.“I want to have good bonding time with my friends before I have to say goodbye.”

Although nothing is set in stone yet, Tayeri and his friends plan on spending their week camping in the wilderness. In addition to the incredible experience camping offers, it is also much more affordable than paying for hotel rooms. Everyone will pitch in for the camping reservation, food and gas, but besides that, there will not be much more that needs to be bought.

Jackson is the ultimate outdoor playground, with an endless amount of lakes, trails and camping spots, there is always more to be discovered. Free of foothills, the jagged mountains of the Teton Range tower over the valley floor, providing a breathtaking landscape. Tayeri and his friends plan on spending most of their days hiking and exploring the Grand Teton National Park.

“The beauty of this trip is we can just go with the flow,” Tayeri said. “If we’re feeling a bit tired, a relaxing day by the lake it is! If we’re in an adventurous mood, we’ll hit the trails.” Tayeri chose Jackson because it felt unique and a place open for discovery. Most seniors looking to do an outdoor trip with their friends look at places like Yosemite that are much closer than Jackson. However, Tayeri thinks the 15 hour drive through Nevada and Idaho will be worth it and will be a fantastic experience to bond with his friends before they start the newest chapter in their lives: college.