From lucky clothing to holding your breath in tunnels, many students have superstitions that may go undetected, but can dictate major parts of their lives. 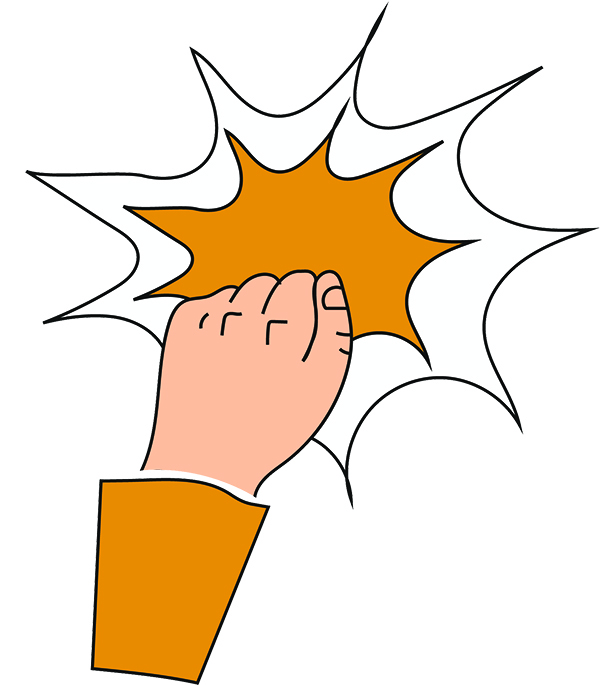 As the car crosses the train tracks, Rachel Renolds holds her breath before making a quick pit stop on the side of the road shortly after crossing. She hops out and knocks on the sidewalk and then on her head three times and returns to the car, continuing on with her day. No one is born believing in superstitions; there’s no internal instinct that prevents you from opening an umbrella inside or walking under a ladder. These superstitions are based more on cultural habits than conscience beliefs. Places all over the world have their own cultural pressures that turn into beliefs and superstitions. While the number 13 is bad luck in America and in European countries, it’s completely insignificant in Asia.

Superstitions old and new have made their way into the lives of many people, dictating their everyday routines. For Paly junior Conor Padmanabhan, it came in the form of a blue tie. Padmanabhan has been playing guitar since he was six years old and has experienced his fair share of auditions and performances. In order to put his best foot forward, he dresses professionally every time.

“I perform guitar a lot and I usually wear a tie and all black. If I don’t wear a specific Michael Kors blue tie, then I don’t play as well,” Padmanabhan said.

He has created an unofficial uniform for himself which he wears to all guitar-related performances and auditions. “One time, I had an audition and you don’t usually wear ties [to them] so I absolutely bombed that audition,”  Padmanabhan said. “But then, I wore that tie the performance after and it was one of my best performances I’ve ever had.”

From then on, he always wears his blue tie if he wants to perform well. Like many others, Padmanabhan uses a “lucky” article of clothing to boost his confidence and improve his performance.

Most superstitions are driven by the desire for good luck. For instance, people hold their breath while driving through tunnels, which is said to make a wish come true if held for the entire duration of the tunnel.

For sophomore Nicki Loewy, holding her breath has become an entire family extravaganza.

“For as long as I can remember, my parents and I have been [holding our breath in tunnels],” Loewy said. “I never really knew why we did it, but we just did.”

Although most superstitions are habitual actions, many rely on items for a similar reassurance. Some items may include    lucky clothing or jewelry, but junior Anna Mickelsen counted on a pencil for future success.

“My superstition is using my AJ tutoring pencil to study for tests,” Mickelsen said. “I used the pencil while preparing for my ACT, and afterwards I felt like it helped and brought me the same sense of concentration and commitment to the other things I study for.”

She also uses it for tests where mechanical pencils were allowed, but she mainly uses it while reviewing for quizzes or tests. Despite Mickelsen’s pencil once being a source of reassurance, it does not have the same effect as it once did.

“I wouldn’t say it’s any kind of lucky charm [anymore], and I put just as much effort into studying with and without it,” Mickelsen said. “But especially in the beginning of the school year, putting in the same effort as I did with my ACT and using the AJ pencil made me feel like I was studying effectively.”

With a stronger belief in herself rather than her AJ tutoring pencil, Mickelsen has been able to break her habit. “I no longer have this superstition because I’ve just started using random pencils and have created a stronger work ethic and don’t really think about the superstition anymore,” Mickelsen said. “However, I’ve come to realize more about superstitions and how they can be such random things that actually mean a lot to people.”

Superstitions come in all forms with different adaptations, however, some are more widespread than others—one of the most common being knocking on wood. People revert to this action to avoid jinxing themselves in any situation, but most do not know where the act originated from. Many believe trees are the homes of many spirits and touching or “knocking” on the tree would invoke protection. This action just shows how ancient beliefs have made their way into the lives of billions of people. As people and society continue to evolve, it is only expected that more superstitions will come about.