Meat the World of Plant-Based Protein

Recently, many food companies have come up with alternatives to meat products using plant proteins. But how do these products compare to the real thing? Here we provide an in depth view of what plant based meats are and reviews of various items from local food establishments. 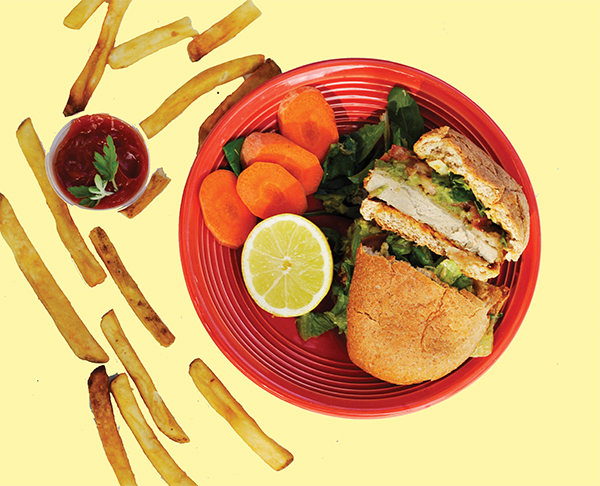 For many years, vegetarians and vegans have faced limited options when searching for meals that fit their lifestyle. Since then, many food companies have recognized the demand for alternatives and have crafted substitutes to popular meals like cheeseburgers and chicken nuggets. Welcome to a world where plants are the new meat.

For decades the meat industry has been known to use artificial growth hormones and other additives in order to maximize meat production. This has warranted the ongoing debate of the ethics of meat production and potential health consequences. According to the National Institute of Health, excessive consumption of red meat can lead to serious health problems such as cardiovascular disease, cancer and diabetes. With these recent discoveries, the food industry began evolving to create better products for those seeking an alternative to meat.

Beyond Meat and Impossible Foods are two prominent companies who have started capitalizing on the growing demand for meat-free options. Both of these companies are advocates for reducing human impacts on the planet by producing plant-based meats, as they requires less water, energy and land to produce.

But how can one possibly recreate the savory, juicy and unique flavor of meat with merely plants? At Impossible Foods, ingredients such as wheat,  potato protein, coconut oil and heme are used to create the Impossible Burger. Heme is a protein molecule that contains iron and occurs naturally in muscles and plant cells. It is also the essential molecule that is responsible for the rich and meaty flavors of a burger. Leghemoglobin, the plant counterpart of this protein, can also easily be found in legumes, allowing for the recreation of the familiar burger taste. Unlike Impossible Foods, Beyond Meat chooses not to use use heme, but instead plant proteins to mimic the flavor of meat. Other companies similar to these include Gardein, Tofurky and Light Life. These companies hope to eventually provide convenient and satisfying replacements to animal meats with the help of their plant-based counterparts

These burgers and imitation meat products are making their way into grocery stores and popular restaurants alike; Whole Foods, Trader Joe’s, Garden Fresh, Gott’s Roadside and Veggie Grill are some such examples. We decided to try dishes from three of these establishments to determine if the products are as good as they’re marketed to be. 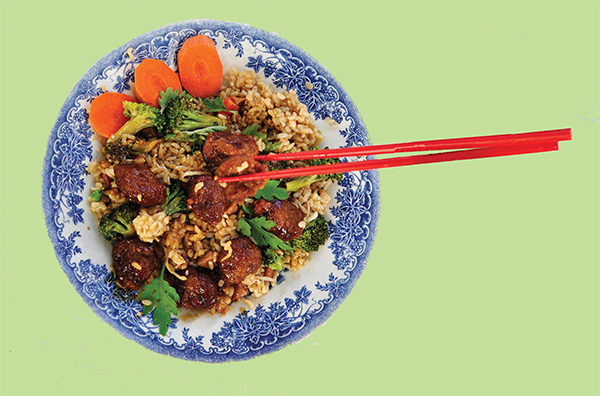 Veggie Grill, located in the San Antonio shopping complex, is a completely meat free restaurant dedicated to providing meatless and tasty food options for vegetarians, vegans and meat eaters alike. “[Veggie Grill] was started as kind of an alternative to the typical chain restaurant. We have a lot of different options like the Beyond Burger and cater an experience different from the typical poultry and American red meat,” a Veggie Grill waiter said. The versatile menu has a variety of delicious appetizers, entreés and desserts. The Grillin’ Chicken sandwich is a satisfying and affordable meal, costing $10.50 with a side of fries, soup or veggies included. We were greeted with an appetizing sandwich with all of the components of a real chicken sandwich; from the signature grill marks to the crispy skin texture. The tang of the cilantro pesto, spice from the chipotle ranch, and the crunch of the lettuce and tomato provided the perfect medley of a complex, yet fresh flavor. The chicken, sourced from the company Gardein, is full of fiber, proteins and other organic ingredients. It was incredibly juicy, yet it still contained the soybean flavor exhibited in the chicken at Garden Fresh. Unlike real chicken, it is softer and less flavorful, which is compensated fo by the other flavors of the sandwich made up for those aspects. If you’re looking for a new, delicious and fun dining experience, stop by Veggie Grill.

Gott’s Roadside, located in Town and Country, recently added the Impossible Burger to their menu, which sells for $11.99. The manager, Adrian Zamora, explains the reasoning behind their latest addition. “The original reason to add the Impossible Burger to the menu here was to give an alternative for meat eaters,” Zamora said. “It wasn’t purely based for veganism or anything like that, it was just a healthy alternative for people who like eating meat.” Currently, Gott’s sells an average of 70 Impossible Burgers per day. In the future, they plan on adding more Impossible Food products to the menu to provide a greater variety of options for their customers. At the first glance, the Impossible Burger looked like any other medium-rare burger, complete with the juicy appearance of a much anticipated meat patty. After taking a bite, the savory taste instantly flooded our mouths. The patty had a crispy exterior, yet it was still tender and juicy on the inside. However, it was noticeably more crumbly and had a less sturdy texture than a regular beef patty. Another difference occurred within the aftertaste, which was slightly nutty. Despite these differences, the taste of the Impossible Burger would be difficult to discern from real meat if we didn’t know which it was. 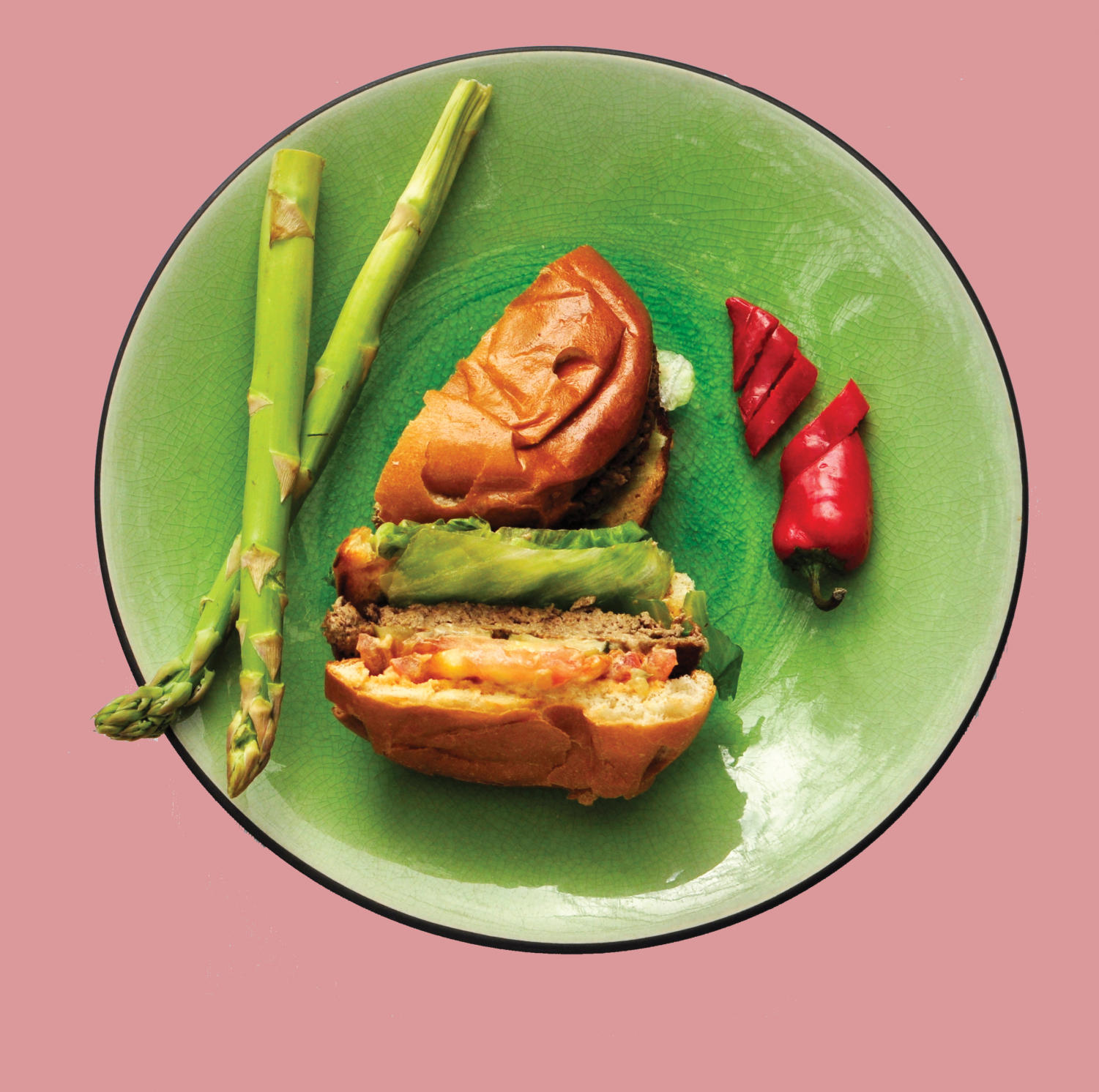 Garden Fresh is a restaurant chain that specializes in Chinese vegan cuisine. Located in both Mountain View and Palo Alto, the restaurant    was started by husband and wife Alice and Robert Liang. The two aspired to create a restaurant that served quality Chinese food with vegan and gluten-free options. Here, the imitation meat served is created with soybeans.We tried the orange chicken dish, which was a $7.50 bite of crisp, zesty perfection, with their signature orange glaze topping the chicken. At a first bite, the tender textures otherwise found in meat were mostly replicated, yet it was slightly softer and less structured than real chicken. The taste of the imitation meat, mostly masked by the glaze, was more of a cross between tofu and chicken. We ordered the fried rice for $10.50 as well, which did not disappoint. Combined with the chicken, the rice had all the typical components generally found in a Chinese style fried rice. The crispy bites of chicken and the orange glaze complemented the soft texture and mild taste of the rice. Garden Fresh offers a variety of vegan dishes, and although it fails to completely replicate the taste and texture of meat, it is still a delicious restaurant if  if you ever find yourself on a quest to discover unique food.