Androgynous fashion combines traditionally female and male items of clothing into a unisex outfit. In the 21st century, this neutral lookis growing in popularity, and the variety that comes with gender-fluid clothing allows for everyone to have a place in fashion regardless of gender identity. 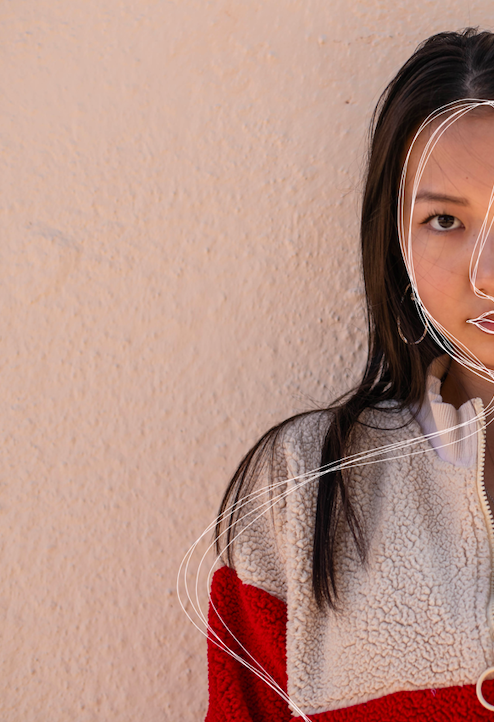 Figures such as David Bowie, Freddie Mercury, Tilda Swinton, Annie Lennox and Prince all have one thing in common: their androgynous style. Even if you are no Elton John, fashion can give many a way to make a routine lifestyle more exciting. Some view fashion as an important form of expression, and their often unique style choices are a defining characteristic to their personality. Many people who wear androgynous fashion, wnhether intentionally or not, can often create a bold impression, making many fashion-forward dressers chase this eye-catching look.

Though it’s difficult to pin down its exact origin, the birth of mainstream “gender-fluid fashion” is often attributed to public figures experimenting with gender expression in the limelight. Musician Elvis Presley was one of the first to bring it to the world of rock and roll with his liking for bedazzled bubble-gum pink jumpsuits, floral prints, and crop-tops. Other stars followed, such as David Bowie with his radiant spandex catsuits, and Mick Jagger, who famously performed once in white dress-like attire. In a perspective piece for the Museum of Fine Arts Boston’s exhibit, “Gender-Bending Fashion,” Curator of Fashion Arts, Michelle Tolini Finamore, comments on the essential role these figures have played in the emergence of androgynous fashion. “Individual stories are essential, bringing to light wearers and designers who have pushed against established norms to disrupt commonly held assumptions about gender dress,” Finamore said.

Many people follow fashion standards set by the media, so after a rise in unisex fashion among the stars, androgynous looks became more common among the general population.

Paly sophomore Dana Toussieh believes that social media has a heavy impact on style, especially amongst teens. “Seeing [androgynous fashion] in the media is normalizing it to me,” Toussieh said. “What people see in the media is reflected [by] their own personal image.”

LGBTQIA + and feminist movements brought new light to methods of combating pressing issues through the lens of fashion. “Although clothing is usually constructed with a particular gender in mind, it is the social discourse around fashion that actually imbues it with gendered meaning,” Finamore said. “Gender-bending sartorial choices may be a reflection of gender identity or of sexuality, yet each individual’s narrative is uniquely theirs.”

For many, androgynous fashion has opened doors for increasing open self-expression, free from constraints of dominant gender roles and expectations. “You can express yourself without the barriers of gender stereotypes,” Paly senior Jasmine Gao said. “Fashion is a form of art. Gender stereotypes are a huge obstacle in expressing yourself through fashion because as a society, we are prone to dress a certain way based on our gender.”

Androgynous fashion is now much more wide-spread not only among non-binary people but also with cisgender people. Growing up in the 21st century with extremely different cultural norms has allowed many young kids to have a free range of their fashion pieces, regardless of their gender. “As society becomes more inclusive I see females wearing less feminine clothes and men wear less traditionally masculine clothes,” Toussieh said.

Clothing choices are often personal and reflect a person’s self expression. “The way you are perceived is your fashion. People judge you about what you wear, so they can characterize you and your personality based upon what you wear,” Toussieh said. Fashion can be a great outlet of expression and one of the few ways people can outwardly demonstrate their personality in a matter of glances. Androgynous fashion gives many an outlet to put forth their personality and style. For others, androgynous fashion gives people a place of safety and an option they don’t always get in other aspects of their life. “I feel like androgynous fashion makes me feel included in fashion in general,” Gao said. 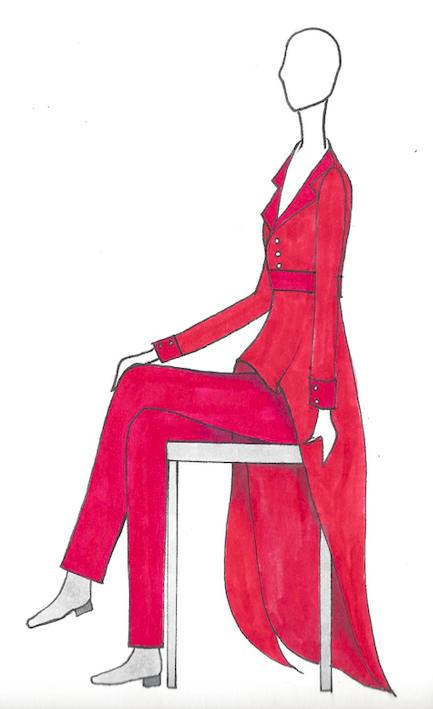 “The public emergence of women in pants stretches back to the 1850s, when Amelia Bloomer, a women’s rights activist, recommended that women wear pants as everyday dress to free them from their restrictive hoop skirts and corsetry,” Finamore said. In the past, many women in male-dominated industries have adopted androgynous fashion as a method of rapidizing their sucess. To them, wearing more masculine clothing allowed them to fit in with their male-counterparts. Feminist and local businesswoman Debbie W., recognizes that women’s workplace fashion has shifted over the years to be less about what women thought men wanted them to wear and more about women making fashion choices for themselves. “Early in my career, I wore a suit jacket because men were wearing suit jackets,” Debbie said. “Today, women have more choices about what to wear at work.”

Rad Hourani, a Canadian designer, is a leading designer in the androgynous fashion scene and the first to present a unisex couture show. Through his use of photography, film, sculpture, sound, and fashion, Hourani expresses his emphasis on individuality. In his art, Hourani strives to create a freer way of life. Born in Syria, Hourani moved to Montreal and took on a job as an art director before moving to Paris to explore the art of photography and video. Soon after, he designed the first gender-neutral ready to wear collection by any designer and launched his brand. Inspired by his boundless youth, he looked to his background of no teachers and no boundaries to start designing and pursuing art. With a focus on individuality over conformity and the ability to create ourselves to who we want to be, Hourani continues to design genderless, ageless, and timeless fashion.

Additionally, the brand NotEqual and its creater Fabio Costa seek to push the boundaries of unisex fashion. Born in Belo Horizonte, Brazil, Costa is greatly influenced by his grandmother, who is a seamstress. From once only being able to explore fashion and design by draping bedsheets around himself, he has now attended the Universidade FUMEC, FIT and PRAT and won the second place spot in the tenth season of “Project Runway.” With his line NotEqual, Costa continues to delve into avant-garde genderless designs by draping each piece to ensure each piece is distinct. His focus on expression of personality and identity through fashion is representative of androgynous fashion, pushing for increasing freedom of expression and breaking down of boundaries.

The efforts of brands, designers and consumers are pushing androgynous fashion to continue to provide more freedom of expression, helping fashionistas break free from restrictive gender roles and expectations. “Contemporary designers and the wearers of their work are proposing that style is rooted in one’s own definition of personal identity and gender expression rather than solely the public perception of one’s identity,” Finamore said.

As brands and designers push for more acceptance and inclusivity in the realm of couture, streetwear brands and individuals encourage androgynous fashion to be more accepted into everyday fashion. With these efforts combined, unisex clothing will continue to gain acceptance in our ever-evolving society, and reflect its inner cultural shifts. “Clothing serves as a primary means of nonverbal communication signifying the identity—real created and perceived—of designers and wearers,” Finamore said. “Fashion can provide insight into broader societal shifts, touching on issues of gender expression and identity, sexuality, race, class, pop culture, activism and social justice.”