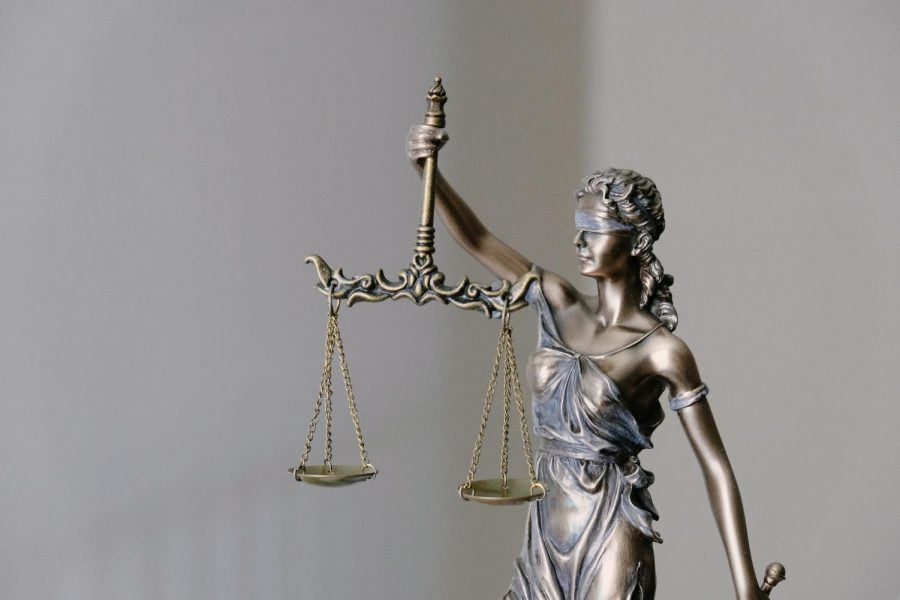 Meghan Turnbull’s phone lights up in the corner of her eye. Even before finishing the New York Times headline, Turnbull realizes the magnitude of what has just happened. Justice Ruth Bater Ginsburg has passed away.

Following her death on September 18th, an outpouring of sadness, anxiety and fear had been seen across the nation of feminists, like Turnbull, who looked up to Justice Ginsburg, better known amongst them as RBG.  The Justice notorious for her dissenting opinions, work ethic and equal rights advocacy was a legend to many.

Elon University sophomore Meghan Turnbull met Justice Ginsburg on an 8th-grade class trip to Washington, D.C. “I am ashamed to say I knew little of her at the time,” Turnbull said. “I remember understanding that it was a significant honor for me to have the chance to meet her, but I didn’t recognize the magnitude of her legacy … my experience and feelings would be different had I visited at this age.”

Turnbull attended Castilleja, an all-girls school, which allowed her to meet Justice Ginsburg, “I think there is a lot to be said for the importance of exposing young girls to strong women in positions of power,” Turnbull said.

“[In Justice Ginsburg’s career] I see perseverance and strength in a climate where women were put down for trying to be in a place of power, in a sphere completely occupied by men,” Turnbull said. “I hope to emulate this courage as I grow up and enter the professional world, especially since it can be so discouraging … as a young female, to look at the potential boundaries and discrimination I could face.”

Justice Ginsburg became an even more significant role model for Turnbull as she strengthened her passion for women’s rights and developed an interest in politics and law, “Not only has she advocated for greater equality for women, she has also accomplished a great deal as a lawyer in general,” Turnbull said. “I am inspired both by her accomplishments for women and by the boundaries she transcended as a female in law. She has engendered a sense of determination in me.”

The wave of fear in equal rights advocates across the world following the death of Justice Ginsburg reminds many of the progress left to be made. The world is not free of sexism, despite having women like Justice Ginsburg in positions of power. “It is important [to] recognize the blatant sexism she faced as she pursued her career because it helps me maintain a realistic perspective on the progress we have made thus far, and the progress we must continue to make,” Turnbull said.

Justice Ginsburg’s empty Supreme Court seat has not only forced her followers to mourn her death but also to fear the potential consequences that arise when a new justice replaces her position. “I am fearful for the fate of Roe V. Wade, and for female reproductive rights in general,” Turnbull said.

In the weeks leading up to the presidential election, the vacant Supreme Court seat’s filling has been a major issue added to the ballot. Pro-choice advocates worry about the election indirectly determining the right to abortion. “My current focus and hope is to elect Joe Biden, a president that will advocate for the rights I believe should be guaranteed to every woman, and to flip the Senate,” Turnbull said.

Justice Ginsburg’s influence has spanned several generations. In a Zoom call celebrating 100 years of women’s suffrage, Anna Eshoo, U.S. Representative from California’s 18th congressional district, explained the impact RBG has had on her life. “I’ll always remember when President Clinton nominated her and introduced her to the country at the White House,” Eshoo said. “[Justice Ginsburg] was thinking about her mother and [Justice Ginsburg] said, ‘may I become all that [my mother] wished she could be,’ and [Justice Ginsburg] certainly did.”

Eshoo believes Justice Ginsburg was a powerful lawyer and justice because “she understood extraordinary ordinary people.”

Justice Ginsburg used her own experiences as a woman to stand up for others who couldn’t. “She understood what held them back,” Eshoo said. “She understood what discrimination was. So when she looked at girls and women and what they could do in their lives, but also what they couldn’t do, that was her mission, to get rid of [gender discrimination], to open the doors. She carried that to her last breath.”

Eshoo, like Justice Ginsburg, stays connected with citizens when making decisions. “What we do and what passes in [to] law, those words walk right into people’s lives,” Eshoo said.

Eshoo is a firm believer in equality and women’s rights. She reminds young women worried about the death of their role model to have hope. “We are on a march, a march to make progress, and along the way, there are always disappointments,” Eshoo said. “We always have to keep those shiny objects in front of us so that we won’t be deterred.”

Eshoo is determined to pass the Equal Rights Act because “women belong in the Constitution of the United States of America.”

Eshoo reminded attendees on the Zoom that voting is more important than ever before. It may be difficult during a pandemic to cast a vote in person or obtain an absentee ballot. Eshoo explains that although previous direct voter suppression tactics have been outlawed, this election, we face new barriers to voting. “In so many ways, we are back to where we started, in more advanced ways to suppress the vote,” Eshoo said.

For citizens worried about the impact that Justice Ginsburg’s death will have on the country, they must remember their vote is their power, and they must do everything possible to use their voice and make a difference. It is crucial at a time like this to not lose hope. Eshoo says it is important to stay determined and “live with hope in [our hearts] for the future.”