Does everything happen for a reason? With a rise in astrology and manifestation, students examine how these ancient practices do or don't play a role in their lives. 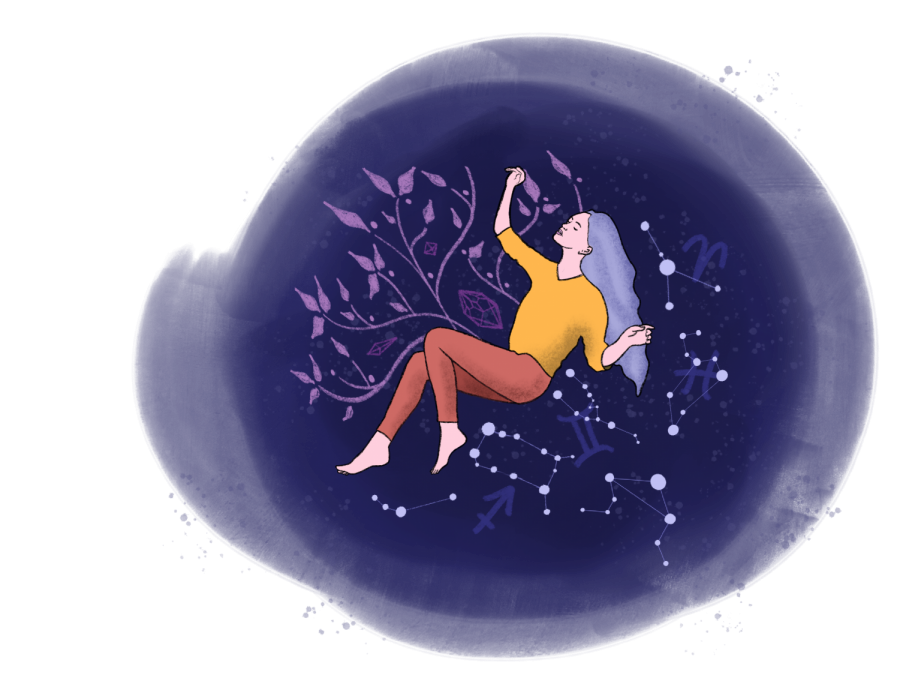 Sitting down at his desk, an array of crystals in his palm, Paly junior Siddhant Amberkar dreads his analysis test. Amberkar believes the crystals aren’t magic, but that they essentially magnify the energy you place into your life.

“You cannot carelessly ask for [what you want], it has to be a conscious effort and then it’s reciprocated,” Amberkar said. “[Crystals] amplify the energy you put in… You put in what you [want to] get out, it’s not like a wish.”

Everyone has different ways they cope with stress and different things they believe in. Whether it be crystals, manifesting, religion, astrology, or your community, many people believe that somewhere to turn for guidance is fundamental to their wellness.

Amberkar was born into a family that practiced Hinduism, so both astrology and spirituality have always been present in his life. “Before a few years ago, I wouldn’t have given more thought to how I could be an active follower of Hinduism,” Amberkar said. “I followed what my parents would do and all of those practices.”

It wasn’t until recently when Amberkar decided to learn more about these practices on his own. “The past two years, I’ve thought actively about how I can be a Hindu,” Amberkar said. “This has helped guide me into meditation practices with crystals.” 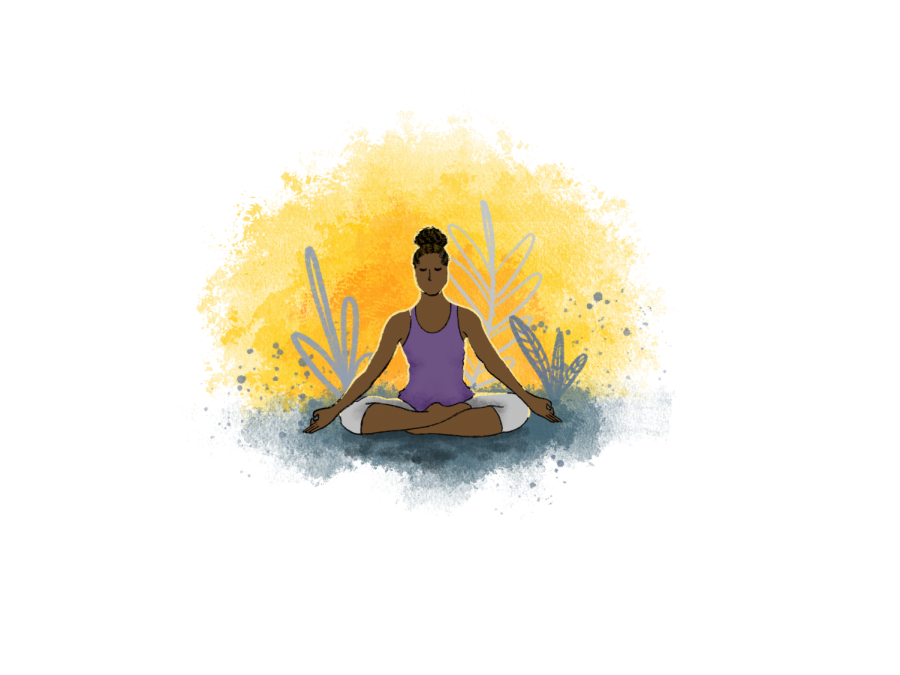 For Amberkar, holding his crystals during school provides energy that improves his academic life. “I believe that you get energy from the earth, but [crystals] definitely have radiating energy. If you focus and give the crystals attention, you realize they influence and help you.”

Especially during this pandemic, manifestation has made frequent appearances on social media platforms such as Tik Tok and Instagram. These posts explain how to use journals and affirmations to manifest anything.

The practice of manifesting and crystals seem to promise anything you ask for, which is likely why teens are so interested in the practices. Paly sophomore Melody Xu accredits this rise in popularity of manifesting to “a sense of control or understanding of your life.”

The idea of manifesting things such as wealth and happiness has roots that go as far back into history as ancient civilizations and religions such as Buddhism and Vedic Hinduism. Buddha said in the Dhammapada scriptures that “All that we are is a result of what we have thought. The mind is everything. What we think, we become.”

There are many students who do not believe in using crystals or manifesting, among those is Paly junior Lily Lochhead. She is a member of the Church of Latter-Day Saints, commonly known as Mormons, and believes praying is a similar practice that can achieve the same goal.

“When people are manifesting it’s like praying and asking the Holy Spirit,” Lochhead said. “I believe the Holy Spirit is what guides our spirit and consciousness to do the right things.”

In times of stress and uncertainty, religion has always been a constant for Lochhead. “If I ever don’t know if I should do something I just pray about it,” Lochhead said. “Religion guides me to have a good life and be happy and be safe.”

While Lochhead is guided by her religion, other teens find solace in astrology. Memes about how ‘Mercury is in retrograde’ and other references to the alignment of the stars and planets have become more popular on social media, spiking Gen Z’s interest in astrological alignment.

A poll taken in January of 2021 indicated that 50% of Paly students who participated in the poll do not believe in astrology. Among the 50% is junior Damon Schultz.

Despite an accurate astrological prediction, Schultz has never believed in astrology. The prediction said that Schultz would have something lucky happen to him that day and he did have a lucky day. “The correct prediction didn’t change my beliefs about astrology because it could just be a coincidence,” Schultz said.

Schultz is an atheist and doesn’t believe in any higher powers. In times of uncertainty, he relies on friends and family for guidance. “If it doesn’t really matter which way to go, I flip a coin,” Schultz said. “Maybe I’ll look at [my] magic 8 ball.”

27-year-old, Elena Sakopoulos used to agree with Schultz and did not believe in astrology. After research and conversations with astrology believers, she changed her mind and recently turned her interest in astrology into her full-time profession. “I’ve been a part of this new generation of people who were looking for answers and just not able to find them through traditional sources,” Sakopoulos said.

While teens who are recently finding astrology may only look at birth charts or sun signs, there is a lot more to explore.

Sakopoulous examines astrological occurrences with the lens of current events to make sense of the world around her.

“We’re going through really big shifts, astrologically,” Sakopoulous said. “At the very end of last year, we had a conjunction of Jupiter and Saturn which is setting up a new 200-year cycle of being more individualized to more collective-oriented.” She hopes that as a world we grow to be more collective as opposed to selfish, and she believes that the conjunction can help to achieve unity.

Astrology has roots in Ancient Hinduism and is mentioned in “The Vedas,”  a collection of religious texts that form the foundation of Hindu theology. Belief in karma is a large part of Vedic belief, and Vedas say that a person’s karma is directly related to the position of the planets and stars. In Ancient India, rulers would often employ astrologers to provide them better insight as to how they could best run their kingdoms.

While some people believe that some of the tenets of modern religion clash with the practice of astrology, others have discovered a state of coexistence; combining their exploration and love for their faith with a vivid sense of curiosity for astrology. Mathew Signorello-Katz grew up in a home with Catholic and Jewish influences. Signorello-Katz believes that astrology and religion fall into two separate categories.

“Personally, I see the relationship between astrology and modern religion to be extraordinarily complicated,” Signorello-Katz said.

Signorello-Katz notices the framework in a religious context is very different from astrological practice. “From my personal experience, modern religion often seems to operate upon the principles of broad, theoretical dogma, which doesn’t always provide specific answers to questions or decisions I may have to make,” Signorello-Katz said. “Occasionally I find that consulting astrology can make a decision-making process slightly easier, even if it may be solely a placebo effect.”

Similar to Signorello-Katz’s concept of astrology aiding decision-making, Paly junior Izzy Ramirez has grown up believing in astrology but recently has become more invested in the practice of it.

“Astrology has made me more self-aware, it has made me understand people more,” Ramirez said. “It feels better to know just why someone could be a certain way.”

Although she may not believe all the nuances of astrology, it has provided positive stability for her. “Even if astrology is completely made up, it is something I can depend on to make things make sense and that is a huge relief and it puts my mind at ease.”