Women make up over half of the US population but only a fourth of Congress. 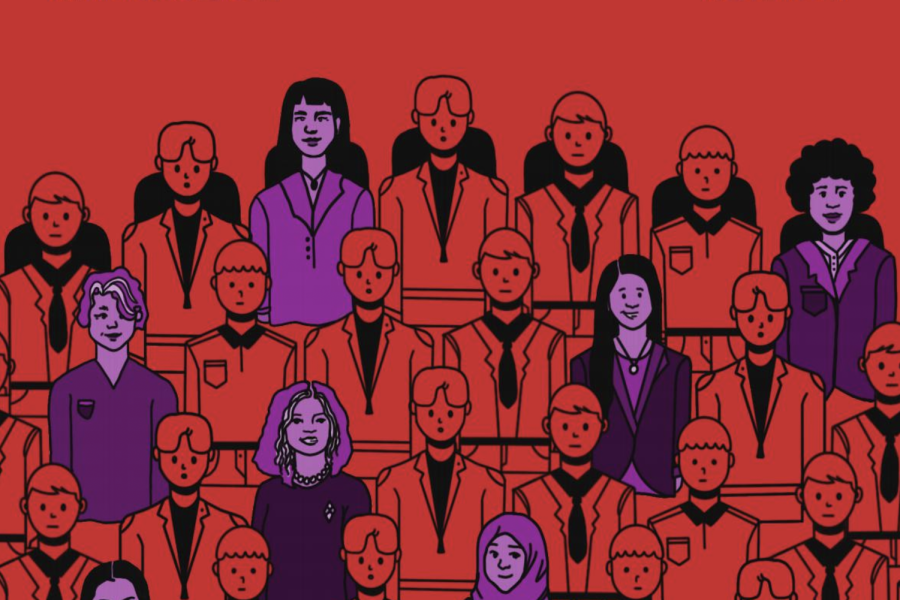 In 2021, although women make up 51% of the United States population, they only make up 26.4% of Congress. A generationally sexist society contributes to the marginalization of women and, more specifically, women in politics. As women begin to climb the political ladder like never before, they face harsh criticism and pushback on account of their gender, race and other identities.

In 2020, more women ran for political positions than ever before. Despite these advances, gender norms and stereotypes still affect women in politics.

Dr. Jennifer DiBrienza, a member of the Palo Alto Board of Education, sees these stereotypes manifest in society. “Women are taught not to show off, not to brag and to be modest,” DiBrienza said. “It is [considered] not polite for women to toot their own horn, sell themselves as qualified or be overly competitive.”

While women in politics are criticized for exhibiting traits such as competitiveness or pride, men are praised for the same actions. “[Society] has less tolerance for women being aggressive, putting themselves out there and standing up for themselves [than it does for cisgender men],” DiBrienza said.

Society enforces the misconception that women are less competent than men, meaning their experience and knowledge is more likely to be questioned. “I’ve talked to a lot of women who say that their professional expertise is minimized,” DiBrienza said. “People assume they don’t know what they’re talking about. They are dismissed.”

This misconception is not only evident in the political realm, but also in all other job fields. According to Harvard Business Review, women do not apply for jobs unless they meet 100% of the requirements, whereas men only need to meet 60% of the requirements beforehand. 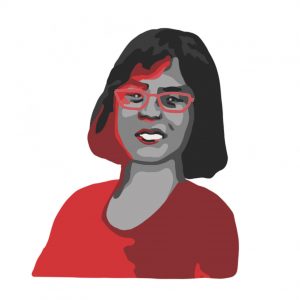 DiBrienza has grappled with her inherent biases as a woman running for office. “It’s made me question myself and think, ‘Maybe I’m just not as competent as that guy is,’” DiBrienza said.

DiBrienza feels these barriers make it more difficult for women to pursue a career in politics. “Men feel entitled to leadership positions in a way that women often don’t,” DiBrienza said. “There is an argument to be made that women don’t put themselves out there, but society encourages, uplifts and protects [cisgender] men more than it does women.”

While each woman’s experience in politics is unique, many have come out saying that they have dealt with gendered and racial discrimination. Yan Zhao, the mayor of Saratoga, has encountered double standards throughout her career, both as a woman and a Chinese American.

A woman’s discrimination in politics is not always from indirect products of society, and can in fact be very targeted and personal. As a mother running for a government position, Zhao was criticized for her divergence of society’s expectation that a woman’s purpose is to take care of her children. “During debates, people actually said to my face, ‘Shouldn’t you be at home taking care of your kids?’” Zhao said. “It happened not only once, but multiple times.”

While campaigning for mayor, Zhao experienced strong aversion from people for being a woman. “People had this misconception or stereotype that [politics] should be a male-dominated area,” Zhao said.

Zhao faced additional discrimination for being Chinese American. “As a [woman]  of color, people actually told me, ‘I will only vote for white [people]. Your qualification, your vision and your experience do not matter,’” Zhao said.

However, Zhao encourages marginalized groups to not be discouraged by these oppositions. “You will get hit left and right. People will say all kinds of things and try to push you down,” Zhao said. “You not only have to be passionate about what you do, but you have to be strong.”

Zhao recognizes that her perspective as a woman of color is necessary to provide a government that is truly representative of everyone. “I want to make sure I can set a good example for women of color who are interested in politics so that they see there are opportunities for them,” Zhao said. 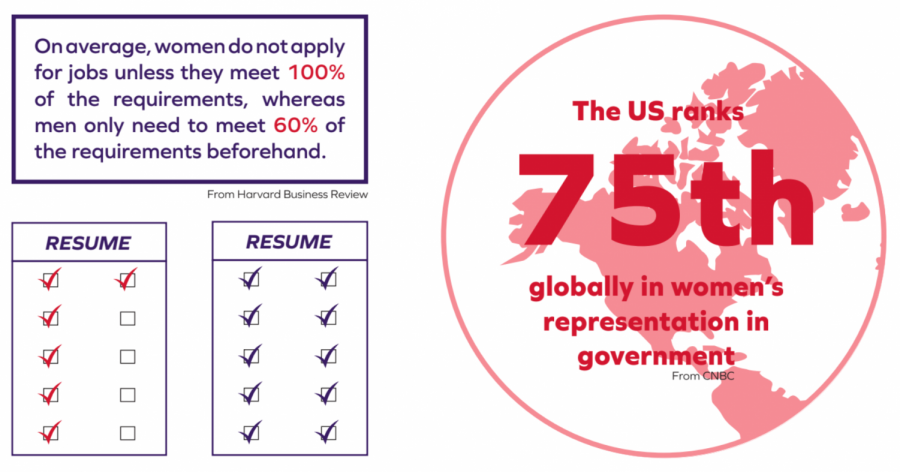 The importance of representation

People conform to and associate themselves with sexist gender roles at as early as one year old, according to a Texas A&M University study. Because developing brains encode the habits they see, representation in media is vital to dismantle these gender roles and double standards.

Representation of women not only includes promoting diversity in the government but also ensuring the recognition of women’s struggles, challenges and achievements. “People don’t realize that [women’s history] even exists,” Edwards said. “There’s a whole bunch of women that are not talked about; There’s no place for them; They’re not celebrated.”

Anaya Bhatt, Paly junior and member of Youth in Government, an after-school program, has experienced the effects of the lack of women in government, and specifically women of color. “There was a time when I wanted to run for president,” Bhatt said. “I thought no one would ever vote for me because I’m Indian and a girl.” 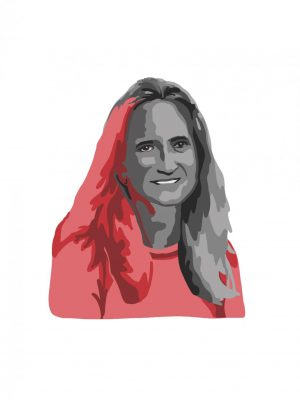 Identity often contributes to the decisions a person makes, which is why representation in places that govern is necessary. “I never really thought about the fact that the lack of representation resonates so harshly with me, but I guess it really did because that was always the first thing that came to mind,” Bhatt said.

People in underrepresented groups who run for leadership positions can often feel the burden of representing an entire gender, race or other identities.

“In every position that I’ve run for in Youth and Government, it has been obvious that I was the only woman of color,” Bhatt said. “It’s something that I notice and think about, but I don’t know if anyone else notices.”

Because elected officials hold the power to shape our legislation and, by proxy, societal expectations, representation in local and national governments is necessary. “It is vital to make sure that the people making decisions represent all of us and make decisions that are representative of all of us,” DiBrienza said. “It’s about really increasing the quality of life and the experience for the majority of people.” 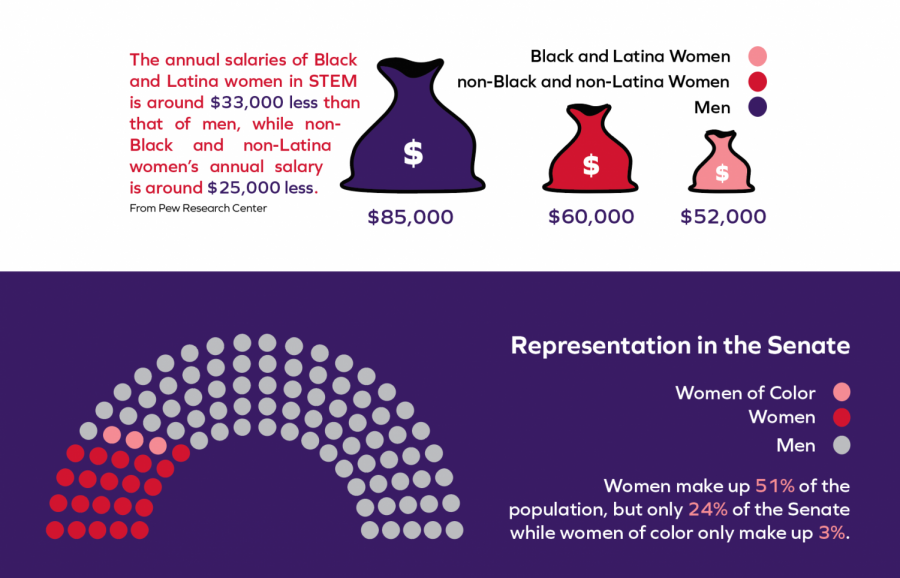 In recent years, politicians have gained more popularity than ever before, especially among the youth. Government figures like Alexandria Ocasio-Cortez (AOC) and Ruth Bader Ginsberg (RBG) have risen to become political icons and role models to millions.

DiBrienza notices a pattern in the reasons behind idolizing politicians. “Idolization happens because people finally see somebody they want to look up to,” DiBrienza said. “They were either so desperate for someone who had those policies, or they needed someone to validate their beliefs.”

While legitimate representation is necessary, it is also important to not focus on an individual, but rather on their policies. “It has to be bigger than the person,” DiBrienza said. “You have to have a system in place where their work continues, even after, for whatever reason, they are no longer with us.”

The lack of feminist representation in the government has led to people idolizing politicians who are women or who fight for women’s rights.

People often praise these figures without carefully examining their policies and actions in the government. “There’s still a large majority of people that vote for candidates just because they’re the same race, sexual orientation or gender,” Bhatt said. “People hope that [these candidates] will lead to more representation, even if they don’t necessarily coincide with their beliefs.” 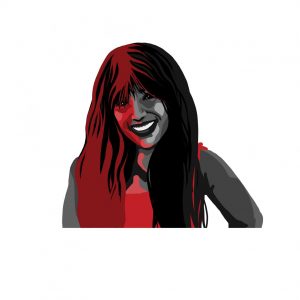 Considering diversity and policy is crucial when judging a politician. “Representation is important, but so is the work that they’re doing,” Bhatt said. “The fact that they look like me or that they identify similarly to me doesn’t necessarily mean that they’re going to push for things that I think are important.”

But when voters look beyond the individual, they are likely going to find that no politician completely encompasses all of their shared values. “When it comes to voting, you have to be willing to make some sacrifices because people aren’t always going to be exactly who you want them to be and stand for exactly what you want them to stand for,” Bhatt said.

Along with Bhatt, Paly senior and fellow Youth and Government member Maddy Soh agrees that politicians may not meet all the standards people expect them to. “We have to recognize that legislators vote for bills even if they don’t completely match their platform in order to get other people to vote for their bills,” Soh said.

Soh notes the outcomes of having these unrealistic expectations of politicians. She worries about the readiness to “cancel” politicians following one wrong move.

People must look beyond the new cycle of popular politicians and critically examine a politician’s policies to make an informed vote about the candidate. “Policy and identity go hand in hand,” Soh said. “Whenever I think about a bill, I think about how it would affect me or how it affects someone like me.”

There is an additional aspect of beauty in the bonds women in government make with one another: where there is an understanding of underrepresentation, there is also a connection. “We’re working together, and we might not agree all the time, but it’s okay because at least we’re still trying to represent people,” Soh said.

Maddison Abbassi, Paly junior, highlights the need for a representation of not only identity but also of ideologies and shared experiences. “If you’re looking at a larger cabinet or a larger administration, you want to make sure that it’s representative of the constituents that it’s working for and that all perspectives are being heard and represented,” Abbassi said.

Abbassi notes an important caveat to focusing on women solely for their gender identity, while the attention males receive is directed entirely at policy. “It’s really important to acknowledge identity, especially for female politicians, but we should make sure we’re giving appropriate focus to their policies, the legislation they’re passing and the goals that they’re working towards,” Abbassi said.