Perspective: Are You on the Bus?

Reflecting on what my generation can take from counterculture groups and their fight for personal liberation. 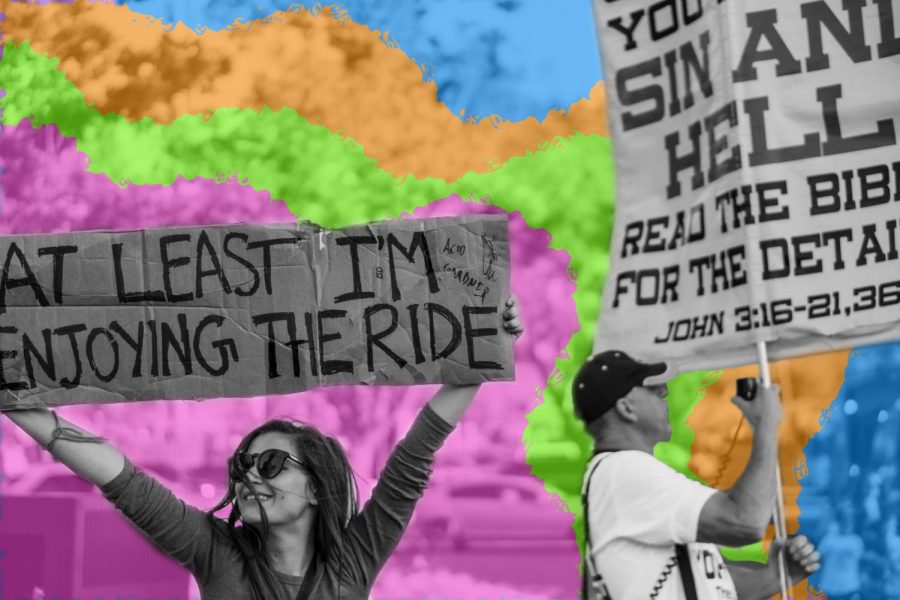 As a child, I grew up viewing hippies as nothing more than a funky costume curated with playful patterns, vibrant colors, and bell-bottom jeans. It wasn’t until I turned seventeen when I began to understand the rejection of societal conformity and the search for personal fulfillment that lay beneath the tie-dye and peace signs.

Today more than ever, the ideologies of the beats, pranksters, and hippies have manifested themselves into the political and social agenda of my generation. The social upheaval and challenge of established authority, the continued fight for racial equality, and the overall demand for change have been highly prominent over the last year, primarily through social media platforms. Sometimes I find myself questioning the legitimacy of this form of conformity and wonder if, just like the costume, these values are all a facade.

The Beat Generation, an early non-conformist youth movement of the ‘50s and ‘60s, created a counterculture, rejecting their parents—many of which lived through war and the Great Depression—expectations of conforming to a typical middle-class suburban lifestyle. Author Jack Kerouac and beat-poet Alen Ginsberg encouraged individuality in society through their free form narration style of literature and experimentation. 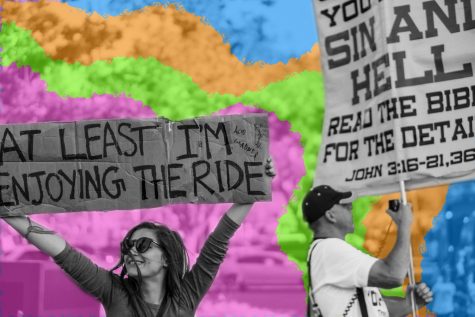 Not only were there groups rejecting societal and political conformity, but people also began searching for a deeper meaning in life, turning to drugs such as LSD to expand their consciousness.

After enrolling in Stanford’s Creative Writing Center, Ken Kesey—the link between the beats and the hippies—unknowingly volunteered to be part of MKULTRA, a CIA-financed and secret military program in Menlo Park. From this study, Kesey analyzed the effects of psychedelic drugs such as LSD, mescaline, psilocybin, and IT-290 and began to implement them into his writing process in an attempt to change societies standards and the conventional ideas on how one should behave and conform.

During the launch of the psychedelic era, Kesey, who became known as one of the movement’s heroes, led his group known as the Merry Pranksters cross country from California to New York. Driving their psychedelically painted school bus known as Furthur, they wanted to rediscover America and film the use of these mind-altering drugs in various social situations. Tom Wolfe’s novel, The Electric Kool-Aid Acid Test, portrays this experience with an overall philosophy of embracing ideas of synchronicity and radical humanism, which tended to shock many from the outside.

The hippie movement, inspired by the counterculture birthed by Kerouac and Kesey, led many college students to protest America’s involvement in Vietnam and fight for Civil Rights, breaking away from the traditional culture of the ’50s. Although these values did not represent the majority of Americans’ views, they have slowly become somewhat of the norm today, especially for my generation.

When I was around ten years old, same-sex marriage became legalized in all fifty states allowing me to believe that love truly is love without question. Caring about the environment no longer characterizes you as the derogatory term “tree hugger” rather an environmentalist. When I was in middle school, Proposition 64 was passed, allowing the sale and possession of cannabis for adults 21 and over. I grew up believing that these views were widely accepted as the norm, yet now I understand that this has been an ongoing fight for greater personal freedom for the last fifty years.

The music, fashion, and overlying values of peace and love are widely remembered and imitated today, yet I would argue that the overarching philosophy of the movement has been overshadowed. Living your life how you choose to, questioning what society wants you to believe, and embracing what it means to be human is something I would love to see more widely adopted by my generation in the years to come. Although I see these topics of discussion floating around my Instagram feed now and then, I believe that social media contributes to the political polarization of our country and brings us further apart.

I hope one day we can all come together and connect as human beings as I fear that if my generation does not awaken soon we will all become digital zombies—unable to distinguish real life from the digital world—and ultimately pass through life without understanding the value of the present.