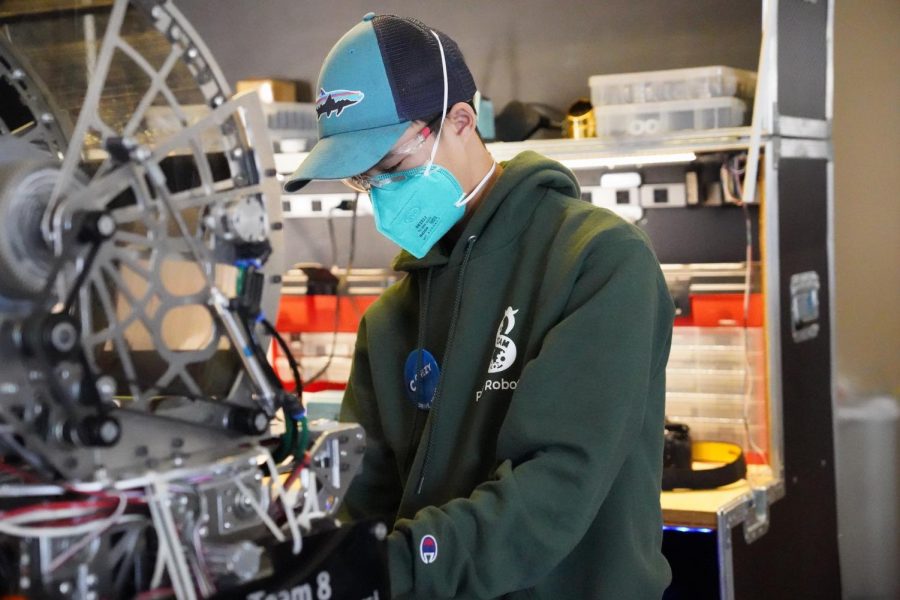 Like the other struggles Paly’s organizations faced as a result of the pandemic, robotics did not escape the obstacles quarantine presented. Last year, Paly robotics had to change the structure of robotics as the regularly hands-on team was forced into quarantine alongside the rest of the school. Because robotics is such an involved extracurricular activity, the team had to adapt and restructure lesson plans for the incoming recruits. Following her recruitment into the design team, freshmen Sophia Kim sat in a zoom meeting with her fellow teammates, instead of meeting at Paly. “I would say the way that the captain made our curriculum made it really adaptable to the online setting,” Kim said.

The team continued to build valuable skills regarding robots, regardless of if they were in person or not. “[The design team] analyzed the robot [together], so we were able to still have a lively discussion,” Kim said. “It wasn’t about learning how to work the machines or anything hands-on, [but] it worked out pretty well.”

However, as a result of the team being stuck at home, struggles did arise. “It was kind of a struggle because it was more difficult to communicate with team members and to help each other,” software captain Alexis Kim said.

Despite the ups and downs virtual robotics brought to the team, quarantine did provide new opportunities and lessons in-person practices would not have had the time to experience. One example of such an opportunity was the Innovation Challenge that allowed the team to apply new concepts.

“So for instance, like machine learning AI, we wouldn’t normally introduce a convolutional Neural Network learning model into our code on a robot because it simply is not practical,” senior co-captain Nicholas Shinghal said. “For what we’re doing in our robot competition, computer learning just isn’t something that you normally incorporate on a robot.”

For the challenge, the team created a device that helped blind individuals navigate sidewalks called “Sightwalk.” The device is mounted to the user’s chest and utilizes camera data to evaluate the surroundings. When hazards are detected, “Sightwalk” vibrates and gives audio cues about the user’s position on the sidewalk. With the device, the team placed in the top three among 3,000 teams that contributed to the challenge.

Following a year at home, Paly’s robotics team is back on campus for the new season. The team is student-led, which cultivates a sense of responsibility among the members.

“[The club] creates a culture of leadership and cooperation among the students because we have the responsibility, but also the power to kind of do whatever we think is best for the team,” Shinghal said. 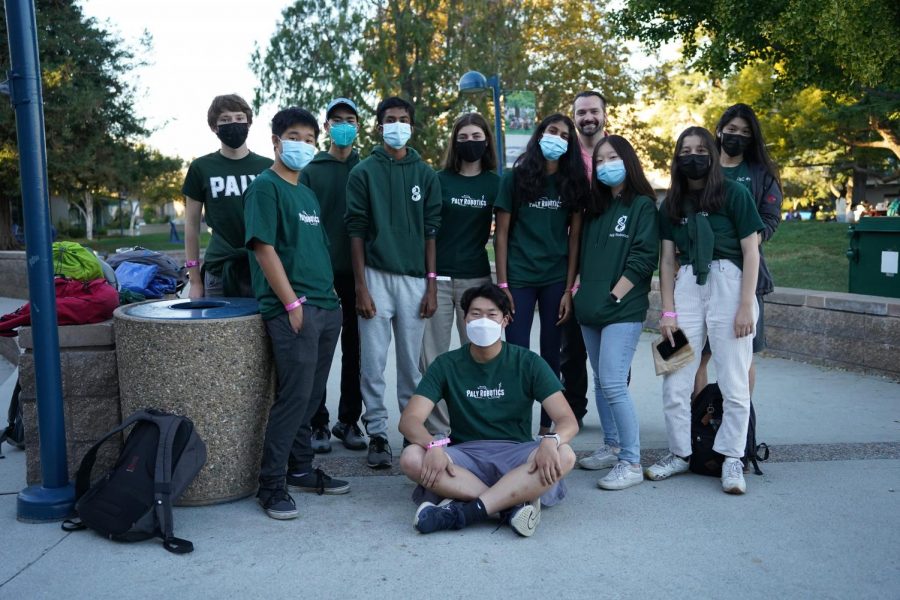 The structure of Paly robotics also creates a tighter bond among the members, as they all share a similar interest. “Because we’re spending all this time together to collaborate and make decisions, we have really great friendships within the team,” Shinghal said. “So a lot of my friendships personally have been formed through robotics, either directly or indirectly.”

The team also engages in many team-bonding activities. “Taylor Swift Tuesdays is a very important tradition within the robotics team,” Shinghal said. “I would say that that’s one of our better and more unique traditions.”

From October 20 to 31, 2021, the team took part in their first competition of the year. Because of COVID-19 guidelines, only 18 members were allowed to participate in person, and the rest of the team stayed on campus to assist. “The rest of us, regardless of what sub-team we were on, stayed back to help scout,” design team member Kim said. “Which basically [means we] take notes on the other teams’ robots, so that we can get a better understanding of the other teams in the competition and who we would want to make an alliance with in the future.”

Regardless of the results, the first competition of the year allowed the team to gain practice for future competitions. “I think that it was a really good experience for both the people who went and the people who stayed back,” design team member Kim said.

Furthermore, the competition gave the team a chance to prepare for the upcoming build season. “Something that we took advantage of [is to] educate us all on how to build a really effective robot so we can continue not only iterating and performing on the robot that we currently have, which is from two years ago, but preparing for this coming season,” Shinghal said.

As excitement is brewing because the build season approaches, Paly robotics has a few plans for the future.

With his power as Co-captain, Shinghal plans to expand the reach Paly robotics has and make a significant impact on the community. Previously, the team has had community programs such as the Lego robotics Summer Program that was a week-long free program for underrepresented youth interested in STEAM.

“We reach out to community organizations such as Dreamcatchers, and Lauren’s House for positive change, and essentially invite all these students who wouldn’t typically have access to robotics opportunities for a summer program,” Shinghal said.

He plans to expand the program, and allow more people who may not typically have access to opportunities, to be able to participate in STEAM.

“That’s really important to me, as a person and as a leader,” Shinghal said. “[Expanding the program] is something that I think we are in a unique position to kind of promote and take advantage of.” 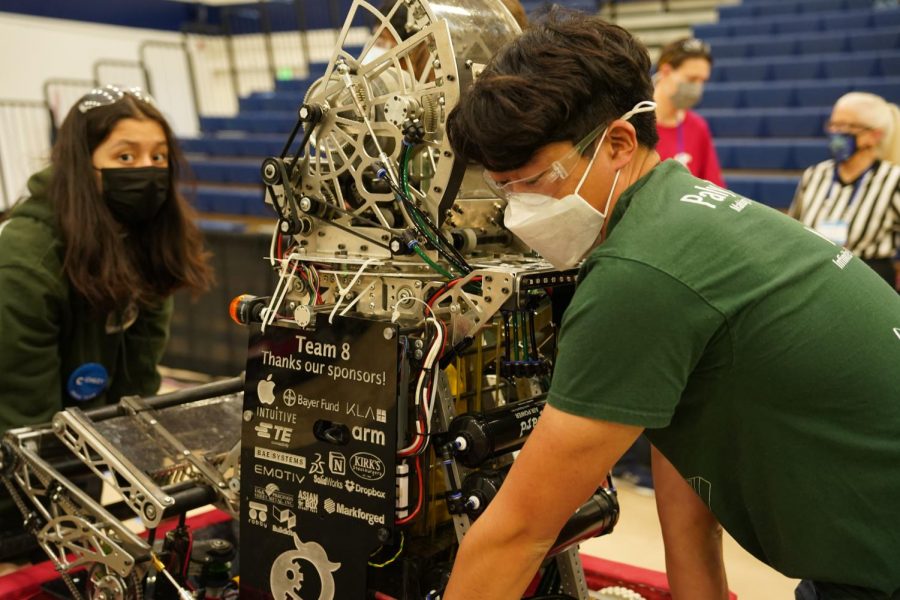