Ss the truth about the notorious Fyre Festival continues to be uncovered, documentaries illustrating the clandestine events leading up to and after the festival have gained significant momentum. 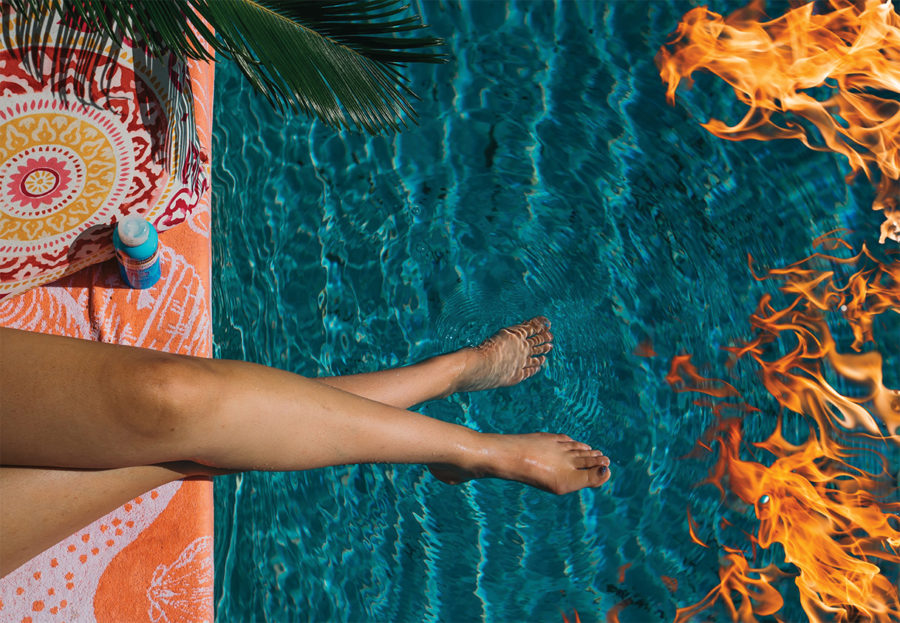 Blue skies and warm air welcome you to the Bahamas while you quickly descend the aircraft stairs. Eager to arrive at your own villa located along the crystal clear ocean, you don’t think twice as you and your fellow passengers are loaded onto dirty school buses. As the bus arrives at the festival grounds, a state of confusion fills the cramped air and the same thought crosses everyone’s mind: this is not what we signed up for.

In an effort to create the best music festival of the decade, Fyre Festival has now become a ridiculed spectacle due to the recent release of documentaries surrounding its fraudulent practices. All of this captivating tumult can be owed to the convicted former entrepreneur Billy McFarland, who defrauded investors of 27.4 million dollars by selling tickets to the Fyre Festival and other music events. Currently facing nine lawsuits and six years in prison, McFarland’s oblivious and immoral journey is captured through Hulu’s and Netflix’s informative and entertaining films. The documentaries “Fyre Fraud” and “Fyre: The Greatest Party that Never Happened” bring awareness to the success of marketing and widespread corruption that is present in the music industry.

Revered as the cultural event of the decade, and then ultimately turning into a disaster of criminal negligence, Fyre Festival is now known to many as one of the most corrupt scandals in the history of the music industry. The privilege, fraud and exploitation that brought Frye Festival to its failure are evident in its timeline of unscrupulous corruption. Fyre Festival was officially launched in 2016 through a huge social media campaign, using “influencers” to endorse Fyre media. There was a massive influx of eager consumers hoping to purchase excessively expensive tickets that offered amenities from luxurious villas to open bars and a private yacht experience. Additionally, Fyre media boosted a huge lineup featuring celebrated artists such as Kanye West, Major Lazer and Blink 182. Based off of the advertised extravagant experience, Fyre Festival seemed to be a once-in-a-lifetime event. Unfortunately, McFarland and his team failed to inform the public of the truth behind the production of the festival.

On Apr. 27, 2017, attendees began to arrive on the undeveloped festival site. Instead of luxurious accommodations, guests were greeted with hurricane tents and soaked mattresses scattered across the ground, and news that the promised artists had dropped out of the festival.

Disillusioned and irritable, the attendees resorted to barbaric tactics in attempts to try and make the island life bearable. The shady and radical deception by McFarland and his management team is an unfortunate example of how corruption in the music industry can evolve into a pyramid scheme of lies and deceit.

As the young generation utilizes social media as a platform to connect with others, pictures are exchanged within seconds and information reaches millions with the click of a button. The extensive reach of social media through platforms such as Instagram and Twitter, provided Fyre Festival with a medium to lure thousands of people into buying tickets.

In efforts to advertise the music festival to as many people as possible, the creators of Frye Festival employed models and social media influencers to advertise the event. Under the eyes of millions of followers, these models and influencers simultaneously posted a simple orange square with the sole tag of “fyrefestival” on their respective Instagram accounts. The tag linked to the Fyre Festival Instagram account, which immediately presented viewers with the now infamous promotional video. The video promoted the festival with images of celebrated models partying on yachts and picturesque clips of the crystal clear ocean surrounding the islands of the Bahamas. These clips teased viewers and suggested that if they were to buy tickets to Fyre Festival, this seemingly unreal paradise would become their reality.

Social media platforms launched Fyre Festival into the hands of consumers and thousands quickly purchased expensive tickets, eager to attend Fyre Festival. The festival may not have lived up to its expectations, but from an advertising stance, the event was far from a failure. Since the truth about Fyre Festival has been revealed, social media is once again used as a means to disclose the incidents leading up to the failed music festival, and depicts the event as the fraud it’s known as today.

The hype around Fyre Festival resurfaced in early 2019 after its infamous failure in April of 2017 when two major streaming services, Hulu and Netflix, released documentaries about the failed festival. While the motives to produce a tell-all film about this corrupted event presented as pure, it seems that Hulu and Netflix have used the social media pandemonium surrounding the Fyre Festival for their own gain.

The Netflix documentary, “Fyre: The Greatest Party that Never Happened,” received far more promotion for its release date of Jan. 18, 2019 than their rival Hulu. But, in the spirit of competition, Hulu was quick to take advantage of the publicity surrounding “Fyre” and transformed what was intended to be a documentary series into a feature film titled “Fyre Fraud,” releasing it four days before Netflix’s documentary.

Hulu’s “Fyre Fraud” focuses mostly on Billy McFarland’s life in the entrepreneurship industry, highlighting the crimes he committed before and during his attempts to put on the exclusive event. In addition, they also exposed the social media marketing agency, Jerry Media, owner of the popular Instagram account F*ck Jerry, who promoted Fyre Festival and is alleged to have had some complicancy in the corruption involved with its production.

Hulu’s major pull for their documentary was their exclusive interview with the man himself, Billy McFarland. Despite doubts that the interview would consist of watered down questions, Hulu producers interrogated McFarland to the point where he was at a loss for words and demanded a ten-minute break. This interview did not come without controversy, as there was a large amount of outcry surrounding Hulu’s decision to pay McFarland to be in their documentary. Many people considered McFarland’s payment as another way for him to continue to financially benefit off the crimes he committed rather than being rightfully punished.

Netflix’s “Fyre: The Greatest Party that Never Happened” took a different approach with their film, focusing on the creation of Fyre Festival and the issues faced by the festival producers in the months before their inevitable failure. Additionally, Netflix focused a large part of their film on the Bahamian workers who were taken advantage of and never received compensation for their hard work.

However contrasting with Hulu’s film, “Fyre,” received significant criticism due to Jerry Media, a company previously criticized for being compliant in fraud, acting as a producer for the documentary. Critics argued that the film’s lack of criticism against the Fyre Festival advertising and social media was a strategy enacted by Jerry Media in order to rebuild their reputation.

While both films expose the incompetence of the Fyre Festival organizers, the deceptive promise of a luxury experience, the influence of social media promotion and the fraudulent actions of Billy McFarland, it is ironic that both streaming services took distorted measures to be the best documentary.