Everyone has their own music taste. Whether it’s pop, rock, country or a mix of genres, studies have shown that there is a possible correlation between your personality and the type of music you listen to. 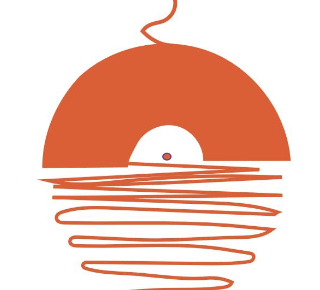 Whether you enjoy moshing at a heavy metal concert to aggressive chords from an electric guitarist or prefer soothing acoustic notes streaming through your headphones, your music taste says a lot about how your mind works.

David Greenberg, a University of Cambridge psychologist, has quizzed thousands of people on their personalities and taste in music in efforts to gauge whether there is a correlation between the two. In Greenberg’s “Musical Preferences and the Brain” report, Greenberg states that his hypothesis had some truth to it.

“Musical preferences are linked to three broad thinking styles—also referred to as ‘brain types,’” Greenberg said in his study. “Empathizers have a strong interest in people’s thoughts and emotions. Systemizers have a strong interest in patterns, systems and the rules that govern the world. And those who score relatively equally on empathy and systemizing are classified as ‘balanced.’”

The study revealed that empathizers prefer calmer music that is more emotional and low energy such as alternative, soft rock and R&B. On the contrary, systemizers tend to prefer more complex music like heavy metal, jazz and classical genres. Those who are more balanced don’t have a taste as specific as that of systemizers and empathizers.

Greenberg’s theory for the correlation between each thinking style and music taste is that the empathizers are drawn to the emotional characteristics in a song whereas systemizers are entertained by the arrangement and format of a song.

“[Systemizers] are focusing more on the instrumental elements and seeing how the music is mixing together,” Greenberg’s study said. “It’s almost like a musical puzzle that they’re putting together.”

Paly junior Bowman Wingard has a specific taste for rock music and classifies himself as both an empathizer and a systemizer. “I almost exclusively listen to rock, but I range from southern rock, to reggae-rock, to folk-rock, to hard rock, to everything else in between,” Wingard said. “I think I am both an empathizer and a systemizer because some songs I listen to for the meaning and some I listen to because I like how they sound.”

Despite Wingard’s specific taste in rock, many people’s music tastes can evolve over time. For Paly junior Audrey Joachim, her music taste has changed dramatically. “I used to strictly listen to Taylor Swift and then turned to classical music, whereas I currently enjoy a decent variety of genres and artists,” Joachim said.

But even after the change in musical taste, Joachim doesn’t feel like she resonates with a certain personality type. “I don’t feel like I am stronger in one category or the other. I just can’t stand music that is overly-emotional,” Joachim said.

Both Wingard and Joachim have a more balanced personality type, but for others who don’t, Greenberg mentioned that there are potential impacts of his findings on the music industry.

“A lot of money is put into algorithms to choose what music you may want to listen to, for example on Spotify and Apple Music,” Greenberg said. “By knowing an individual’s thinking style, such services might in future be able to fine-tune their music recommendations to an individual.”

So, the next time you hit shuffle, consider the music you listen to. Is it detailed and technical, deep and emotional, or somewhere in between? Because there might be more to your favorite song than just its lyrics.