Rebirth of the Concept Album

While it can be used for entertainment, music reaches new heights when used to tell stories, regardless of the time period. 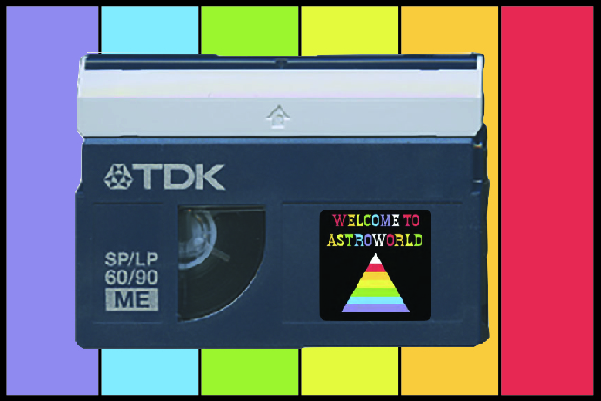 Narratives and art exist at the core of one another. Concept albums are a way in which music expresses these narratives, and simultaneously illustrate the stories that inspire music. In order to achieve this concept albums hold a greater message than that which is conveyed throughout the tracks, and serve as more than just entertainment to the public with their tunes. Each song contains a different piece to the puzzle and, when all tracks are played chronologically, they tell a story. Throughout the early 1940s and gaining popularity in the ‘60s and ‘70s concept albums have been continuously reconditioned into contemporary music industries. Although associated with rock music, bands and artists of many genres have decided to release concept albums such as Pink Floyd’s “The Dark Side of the Moon” and, more recently, Travis Scott’s “ASTROWORLD” .

Pink Floyd’s album “The Dark Side of the Moon” is split into two different parts: Side One and Side Two. The album works to tell a story about how life can easily go unfulfilled, and includes social commentary regarding the factors that can lead society into chaos. Released in the early ‘70s, it is a perfect example of gapless playback, where the tracks run seamlessly into one another; when played chronologically it sounds like a single song.

Starting with a simple, quiet heartbeat, we dive into the first track “Speak to Me.” As the heartbeat grows louder, the listener first hears sounds of a cash register opening and receipts being ripped out of it, which plays on a loop. Two spoken verses begin to explain how the speaker has “always been mad,” which contributes to the message that the album is attempting to promote: society is driving people insane.

As the last seconds of the track run into the next song,“Breathe,” the artists’ suggestion regarding the idea that we should value the time we have outside of work and enjoy experiences as they occur, shines through.

“On the Run” personifies these themes through a character, representing the singer, who is constantly traveling. Throughout the track, the character serves as a mode of examining the unique pressures of life on the road. Towards the end of the song, a faint sound of a plane crash can be heard, representative of how this lifestyle can be associated with extensive consequential pressures.

“Time” focuses more on the idea that we don’t realize how our finite our lifetimes are. One of the lyrics reads, “Time is gone… Thought I’d something more to say,” which suggests the quickly-dissolving nature of time and our absence of awareness in regards to it.

The final song on Side One, “The Great Gig in the Sky,” has the lyrics “I’m not afraid of dying” and “Any time will do I won’t mind,” illustrating the artist’s acceptance and understanding that they have no more time left in their life.
As Side One comes to a close, listeners are left with the idea that many of them go about their lives without appreciating the time they have. The artists want listeners to realize that when time starts to run out, there is so much that they haven’t seen or done and, by then, it’s too late to go back and change the past.
Side Two distinguishes itself with more individualized songs, while still demonstrating gapless playback and an encapsulating theme. The music relates to the concept that we are harming ourselves by letting a corrupted society and its values destroy the human race.

One of the lyrics from the first track, “Money,”says, “[Money] is the root of all evil today,” speaking to how money and economic status creates a divide within our society between the ‘haves’ and ‘have-nots.’

“Us and Them,” the next track, contains a deeper meaning that reflects the band’s point of view on war and the altruistic soldiers. The line “Us and them/after all we’re only ordinary men,” contributes to the idea that underneath all of the armor and uniforms, men are being controlled by their generals like pawns on a chess board.

As the song fades into “Any Colour You Like,” we are introduced to the first, and only, song on the album that is solely instrumental. Afterwards, “Brain Damage” touches on mental wellbeing, saying, “There’s someone in my head but it’s not me,” implying that as individuals, it is easy to morph into an alter ego in order to feel accepted by peers.

The final track on the album, “Eclipse,” displays the duality of life and how there are two sides to everything: good and bad, black and white, the dark and light side of the moon, reflecting the two sides of the album and their contrasting meanings. In thematic terms, the artists work to suggest that the light can always be reached, but first the darkness must pass over.

The final sound of the album is a heartbeat gradually fading away into silence, bringing the album to a close. As the examination of how society leads us to insanity, it proves how a concept album can have an impact on those who listen to it. 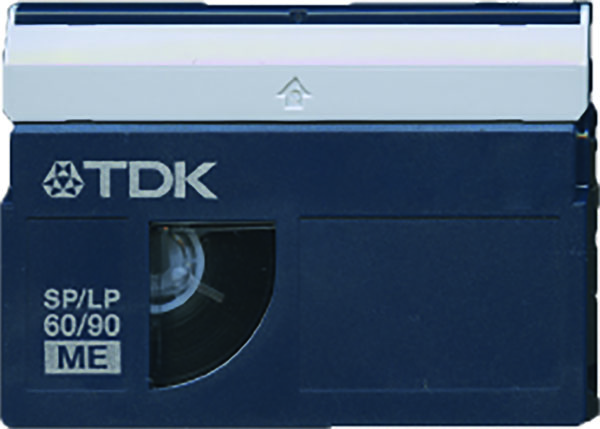 Travis Scott’s newest album can be separated into sections, similar to the two sides of The Dark Side of the Moon. The beginning of the musical journey highlights Scott’s old lifestyle, one riddled with meaningless interactions with drugs, sex and other actions typically associated with fame.

The first three songs, “STARGAZING,” “CAROUSEL” and “SICKO MODE,” are intense, high BPM roller coasters filled with constant beat changes; their melodies sprint in short rotations, up and down musical scales. The lyrics of the songs relate to the overall theme of the album as they revolve around how many drugs Scott is doing, and how famous he is. While the songs do not flow into each other, they are meant to be played without gaps.

In “STOP TRYING TO BE GOD,” Scott transitions into a self-reflective tone. The song begins with a ghostly howl that grows, twists and turns onto itself. Through this personal rumination on his life, he hints at a simpler life through the lyrics “‘cause air traffic controls the landing,” emphasizing that he believes that God has a plan for everyone. He uses air traffic controls as a metaphor for the work of God and suggests that one’s life is a result of how one works towards God’s plan.
Scott’s cadence is frantic and uneasy in “NO BYSTANDERS,” and in the pre-chorus, where he expresses feeling trapped on a plane, it becomes clear that he is yearning to get off the plane to do drugs. This is followed by the song “SKELETONS,” a synth-heavy track with soaring vocals, symbolizing Scott on a drug-induced trip.
Throughout “WAKE UP,” Scott and The Weeknd alternate verses and, while on the surface it seems to be sentimental, it is in fact about a harsh comedown from drugs. The theme of drugs is seen again in the songs “5% TINT” and “NC-17,” which are connected through describing some of the common side effects. While “5% TINT” reeks with paranoia, “NC-17” showcases unapologetic animalistic lust, complemented by 21 Savage. In “ASTRO THUNDER,” the beat is well thought out and Scott says that it “Seems like the life I need, seems like the life I need’s a little distant.” The beat fades into static and Scott returns with “YOSEMITE.” Rapper Gunna skims the surface of the beat gracefully and consistently. The roller coaster melodies are present, swelling and deflating delicately like the rhythm of breathing.

Launching into “CAN’T SAY,” the song ominously begins, and it is clear that Scott under the influence of drugs once again. This time, however, the lyrics and beat suggest that he is more confident and more in control. The energy of his previous song “SICKO MODE” is present, yet the restlessness has disappeared. In contrast to the rest of the album, “CAN’T SAY” is the first song to close with the beat fading off into the distance, similar to that of a regular song.

“WHO? WHAT!” showcases a new, confident Scott who refuses to fracture his consciousness with drugs. He’s taking control of the song and, by extension, his life. The concept of “ASTROWORLD” shines through in “BUTTERFLY EFFECT.” The lyrics “For this life, I cannot change” speak to how being famous, doing drugs and staying in an endless, toxic lifestyle is too stagnate, and how lack of change is unnatural. Scott speaks of a transformation from a life dependent on drugs and fame to discovering that there is more to life.

The first line of his next song “HOUSTONFORNICATION” is “I might need me some ventilation,” and the mention of ventilation indicates that he is ready “to open up the window,” to accept change. This is representative of Scott’s conscious decision to move away from his past choices and to become a brighter, more genuine figure for his daughter.

Almost a half a century passed between the release of Pink Floyd’s “The Dark Side of the Moon” and Travis Scott’s “ASTROWORLD” , yet in both concept albums, the lyrics are woven together seamlessly, with each line part of a bigger picture. While Pink Floyd discusses how society is being driven to insanity by the very people in it, Travis Scott reflects on his own life decisions regarding his drug use, both formatted in a relatively similar way that fulfills both of these messages. If both albums were played without shuffling the songs, the listeners soon come to realize that there is more than meets the eye, and there is an ongoing story behind the lyrics present throughout the album.

As a result of their platform and worldwide influence, many artists leave a mark on society through releasing music. Intertwining music and stories together in a compelling way has allowed concept albums to continue to make a name for themselves. Music is so widely loved by today’s society, maybe for its ability to paint a picture and to pull you deep inside.