Thank You for the Music

Movies and music—they're more connected than you think. Soundtracks and scores play an irreplaceable role in the success of films. 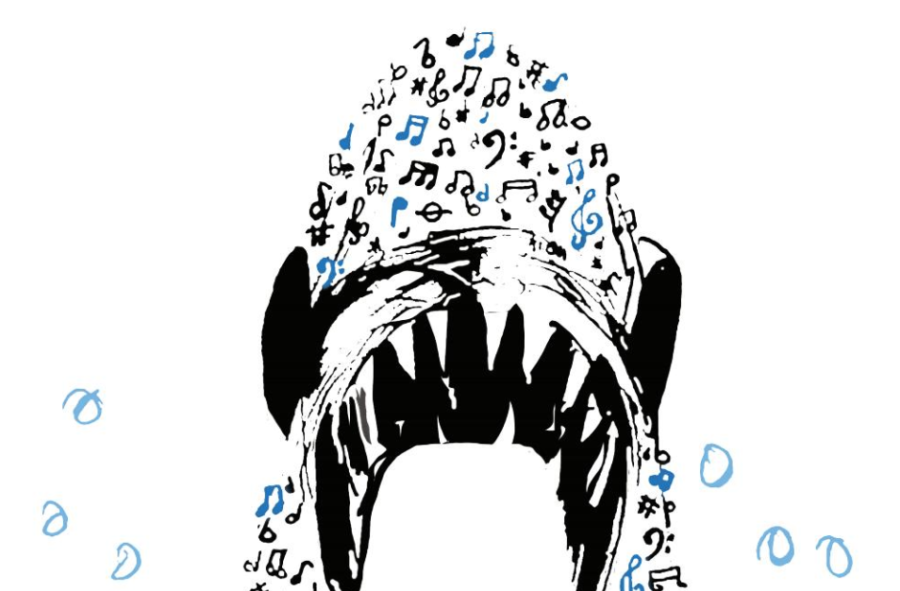 A climactic melody masks the boy’s heavy breathing as he races through the crowded airport to get the girl of his dreams. The eerie strings  of the violin intensify, building suspense as a girl creeps down the basement stairs, the floorboards creaking with every delicate step. The iconic melody of “Jaws” escalates as the shark lurks towards the clueless swimmers. Ryan Gosling and Emma Stone’s voices lilt over the familiar lyrics of “City of Stars,” generating an uncontrollable flood of tears down the faces of the audience. Darth Vader bursts into the Death Star, accompanied by stormtroopers and an ominous orchestral ballad. Simply put, cinematic music creates cinematic magic.

Gripping a blanket so tightly as though it will protect one from the horrifying plot twist, viewers regularly mute the sound or plug their ears to avoid hearing a score that drastically adds apprehension to a frightening scene. Film scores, however, are more than just an amplification of scary scenes. Without them, films would lack the power to captivate their audiences and keep them mesmerized and engaged  for the entirety of a movie. Even more, subtle background music can enhance a film’s storyline, prompting viewers to respond emotionally to plot developments, all consumed by the swelling of the orchestra.

From drive-in movies to the upscale reclining seats that new theatres offer, movies have long been a part of our culture. With the ever-growing tech industry and increased music streaming sources making millions of songs available at the touch of a button, songs originally debuted as film scores have risen in popularity and gained widespread recognition beyond the cinema world. Big budget blockbusters such as “Black Panther,” “A Star is Born” and “Mamma Mia! Here We Go Again” rely on popular artists and talented celebrities to create the integrity and individuality of the movie.

It’s not only the movies that benefit from famous artists; these films provide musicians with new and exciting collaborations that increase their popularity. Now considered a modern classic, “I Will Always Love You” by Whitney Houston was originally created for the soundtrack of the movie “Bodyguard.” “Independent Women Part 1” by Destiny’s Child may have later been included in one of their albums, but it was first made for the “Charlie’s Angels” remake. Many other songs like these have become indispensable parts of our musical lexicon, providing films with added reward.

While some soundtracks become famous for specific songs, others are known for instrumental music perfectly crafted to the plot that sticks with viewers and is integral to its success. Some scores have the ability to tell the story almost as well as the movie itself. This is exemplified in the horror film “Jaws,” where composer John Williams saw his music as an opportunity to convey the terrifying events occurring on the screen through thoroughly orchestrated sounds. While the thought of a shark terrorizing beachgoers is already frightening, the score composed by Williams puts the movie over the top and was so impactful that it has been ranked as having the most terrorizing melodies ever written for a film score. The notes created by Williams have the ability to invoke fear within listeners even without added visuals. In an interview with Limelight Magazine, Williams reflected  that he “really saw this as a kind of sea chase, something that also had humor, so the orchestra could be swashbuckling at times.”

Music has also been known to subconsciously recall memories and can often dictate one’s sentiments while viewing a film. “Music is the most powerful of all art forms because you feel it directly in your bones,” Brett Griffith, Paly’s Video Production teacher, said. “We all feel it in a universal way. Certain chords largely have a certain feel: happy, sad, poignant, resolved, unresolved, augmented, diminished. It’s things that you pick up on.”

For such an important aspect of a film, most scores and soundtracks are actually composed and recorded while the movie is being edited. This is done in order for the music to seamlessly match the timing of the film. However, in a few unusual cases, the composer will work with the director throughout the filming process and compose music to fit specifically into the timing of certain scenes. “Music will usually queue, and build, and help us get going,” Griffith said.

The music behind the film all too often goes unrecognized, and yet it is what draws viewers in and adds emotional complexity to scenes. This makes it no surprise that some soundtracks can become even more famous than the film for which they were produced. Overall, music adds a critical element to the cinematic experience, which deeply resonates with its audience.